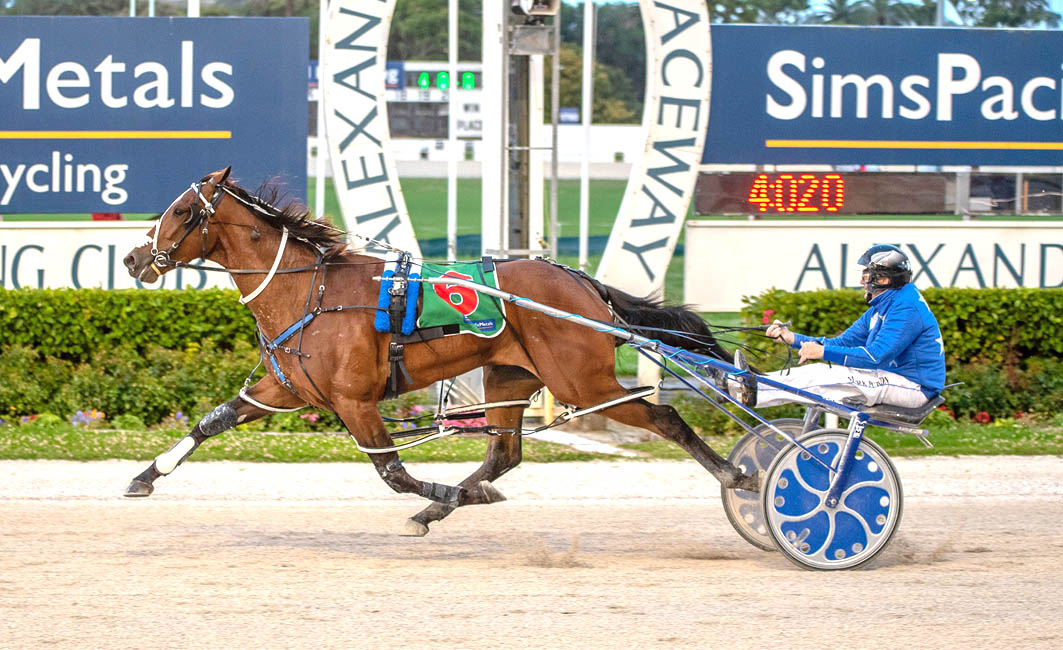 TURN IT UP - Photo Ashlea Brennan

A TRIP south of the border is on the cards for classy stablemates Turn It Up and One Change. Undefeated from two starts this...

A TRIP south of the border is on the cards for classy stablemates Turn It Up and One Change.

Undefeated from two starts this season, the Vicki Rasmussen-trained pair have been aimed at Club Menangle’s Carnival of Miracles.

Turn It Up’s primary target is the $1million Garrards Miracle Mile on March 6, while One Change is chasing a berth in the Chariots Of Fire which is scheduled to be conducted in a fortnight.

Rasmussen’s partner and reinsman Shane Graham will travel to New South Wales with the pacers this week, with One Change to be entered for next weekend’s Paleface Adios Sprint at Menangle.

The winner of the Group Two is guaranteed a position in the Chariots Of Fire field.

Turn It Up has been set for the Newcastle Mile which is programmed for the night before the Chariots Of Fire.

The winner of the $100,000 sprint gains automatic entry in to the Miracle Mile.

“We are very happy with both of them,” Rasmussen said. “They had a few days off over Christmas and have freshened up brilliantly.

“They’ve had two runs since and are right at their top which they will have to be when they get to Sydney.”

Turn It Up rounded off his preparation with an effortless win at Albion Park last night.

Pushed through from his second row draw, the son of Courage Under Fire was settled in the one-one as Colt Thirty One worked to the lead.

Dashing to the front along the back straight, Turn It Up completed a four-and-a-half metre win from Imasportsstar, with Justalittle Torque three metres away third.

“He did that quite easily,” Rasmussen said. “It was the ideal hit out before heading over the border.”

Tiger claims coveted title
Stallion with Elitloppet connection for Aussie bre...
Purchase still providing winners decades later
“What a great cause to be a part of”
About author