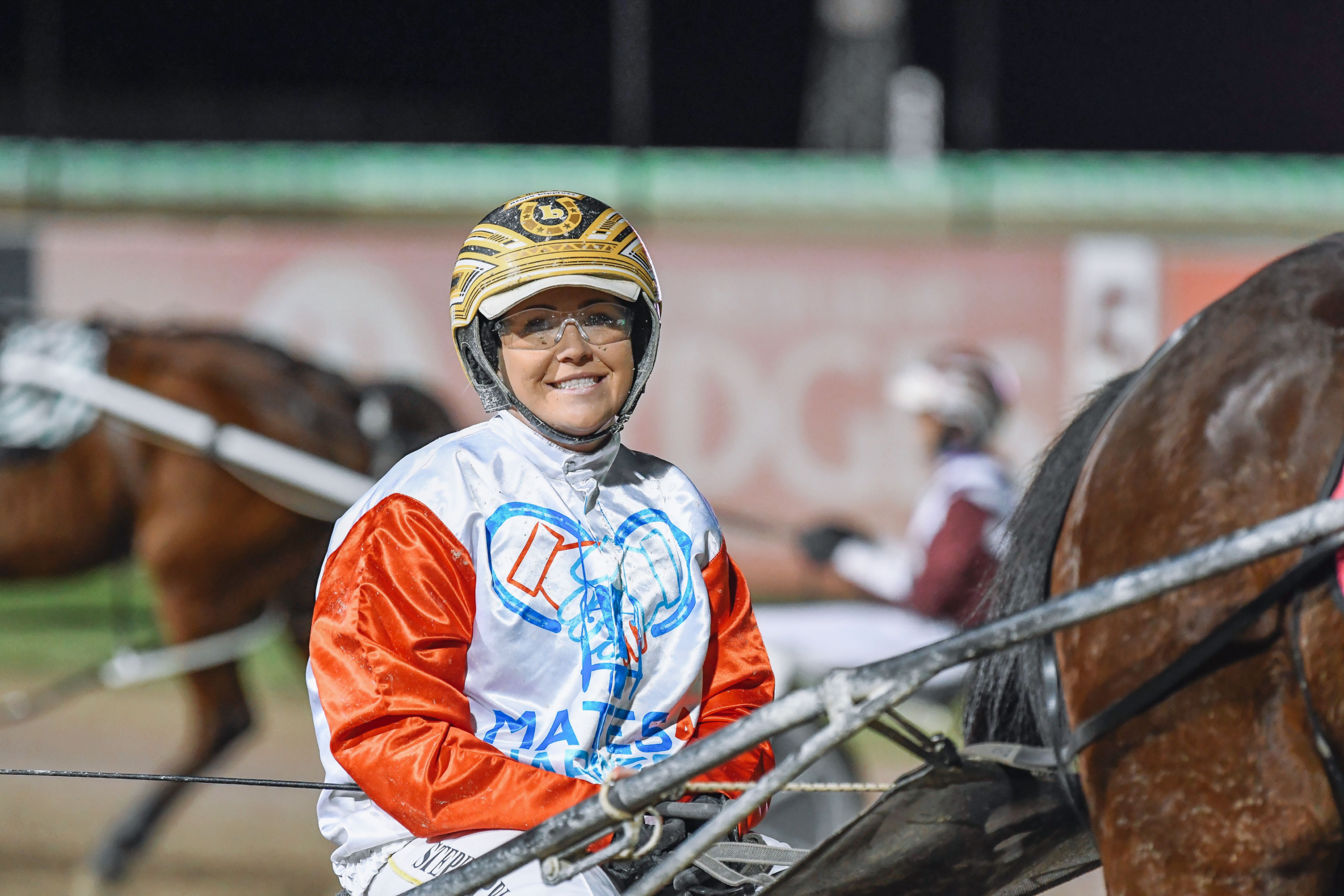 Steph’s quietly sneaking up on her rivals

Steph Lippiatt6
MENANGLE Park-based trainer Stephanie Lippiatt is a quiet achiever, but she has joined the growing number of talented female trainers that New South Wales...

MENANGLE Park-based trainer Stephanie Lippiatt is a quiet achiever, but she has joined the growing number of talented female trainers that New South Wales boasts.

Belinda McCarthy (57 winners), KerryAnn Morris (50), Amanda Turnbull (31) and Ellen Bartley (24) all sit in the top 10 trainers on the State Premiership Table while Stephanie is in the top 10 for the females, having trained five winners since January 1.

Lippiatt is currently training a handful of horses and recalls that she has landed 12 winners since taking out her trainer’s license.

“I have six horses in work at the moment which is a good number for me to handle,” said Stephanie who is ably assisted by her partner, David Morris.

Morris landed a big-priced winner at Tabcorp Park Menangle on Tuesday when Abridged, a gelding that he trains himself, upset odds-on favourite Yoha, scoring by a head at the huge odds of 80-1.

Lippiatt and Morris are heading for Penrith tonight, where they have three horses engaged at the meeting.

They have two runners in Race 5 with Stephanie to drive polemarker Millwood Tilly while David will partner Collina Kay Jay.

“Collina Kay Jay is a bit of a favourite around our stable as he is so reliable,” said Lippiatt.

“He has the gate speed to lead from anywhere when he draws the front line so Dave will be charging him out from gate five.

“This bloke just improves with every start and loves the Penrith track, especially when he leads, so I expect him to go very well tonight.

“He has won three and has been placed on another five times he has raced at Penrith.

“I am driving Millwood Tilly in the same race and I am pleased with her drawing gate one, which is a huge advantage.

“She is a nice mare that also has good gate speed, so I also expect her to run well.”

Millwood Tilly failed to beat a runner home last start after having a hard run but before that was placed twice at Penrith against strong opposition.

Kamendable Feelings is the third of the Lippiatt runners tonight and has drawn on the outside of the back line in Race 6.

“This mare has been honest without winning,” she said.

“The draw has not helped her chances, but she is again a solid place hope.”

Lady drivers queueing up for a crack at title
A proud day for Steph and David as Ryley lands a w...
Steph’s ‘Controversial’ ending t...
The story behind THAT famous photo!
About author