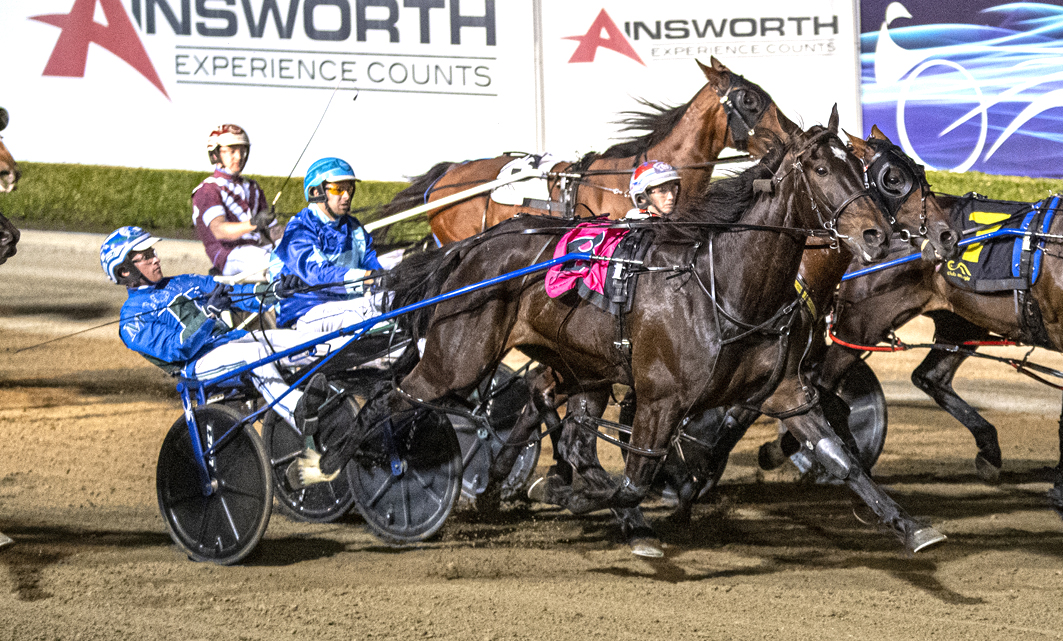 There are always ‘pros’ and ‘cons’

PROS and cons….the little factors associated with pretty much everything. Like being my friend. Con – my left of centre personality takes getting used...

PROS and cons….the little factors associated with pretty much everything.

Con – my left of centre personality takes getting used to.

Pro – I’m sure there is one there somewhere!

Earlier this week I wrote an article relating to the plight of promising pacer Leonidas.

Having recently won what would traditionally be described as an M0, Leonidas has been thrust into free-for-all company at Club Menangle tonight.

Fitzpatrick pointed to the fact the four-year-old has potentially ‘reached his mark’ quicker than he should and is subsequently facing a possible shortened career.

The article prompted several participants to contact me explaining how the system has prolonged the careers of pacers and trotters which had been struggling on their mark.

One name which was mentioned is Tee Cee Bee Macray, which by chance is returning from a setback at Tabcorp Park Melton this evening.

Before being sidelined last December, the son of Ponder was successful at Club Menangle in his debut for leading horseman Craig Cross.

As a result of his injury Tee Cee Bee Macray was returned to Victorian trainer Jess Tubbs who confirmed the gelding is in the ‘pro’ column thanks to the handicapping system.

“He was struggling and we were even looking at retirement with him,” Tubbs said. “The new system has prolonged his career and helped him become competitive again.

“The system and money at Menangle is the reason we sent him there along with the thought ‘a change is as a good as a holiday’ for him.

“We were lucky he won first-up then he was held back because of the smoke situation from the bushfires and then went sore.

“We had trouble diagnosing what was wrong, but a bit of time off, the farrier working on him and the chiro going over him and he seems a lot better.”

On the down side, Tee Cee Bee Macray faces a tough task from barrier seven in his racing return.

“He’s been working really well and I was rapt with his trial,” Tubbs said. “He’s always worked well but hasn’t necessarily taken that to the track but going on his trial hopefully he will this weekend.”

Just wouldn’t be the same!
Jay to maintain perfect record
Tough task
On a mission
About author