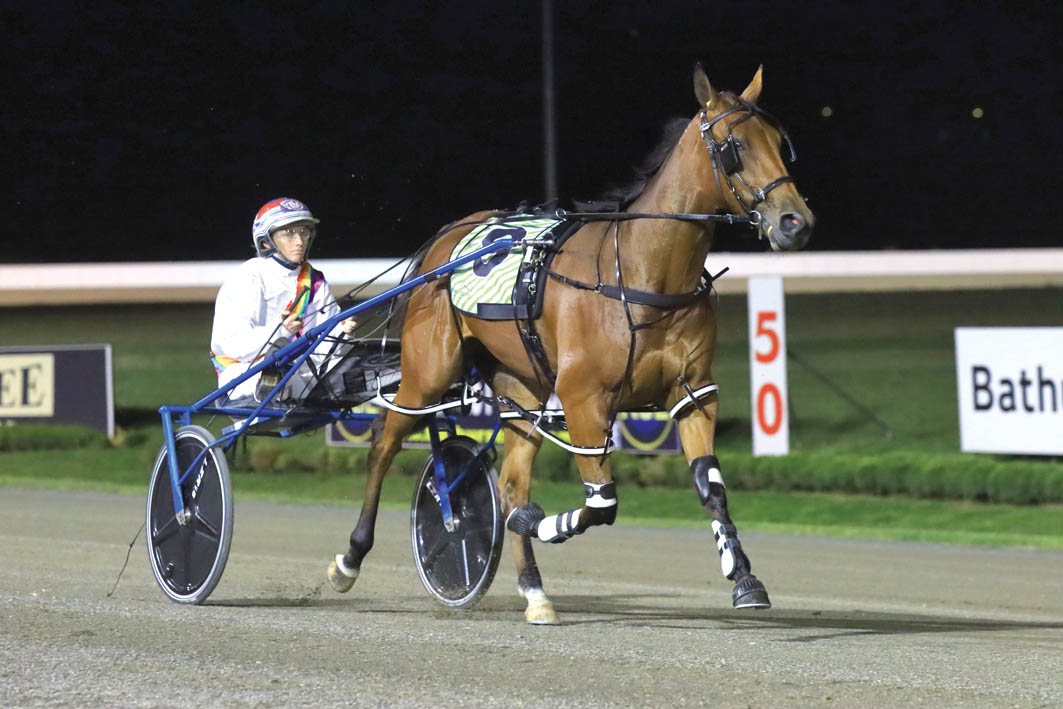 Four semis across two categories were conducted at Club Menangle, with APG stock making a clean sweep of the qualifiers.

On top of the victories, APG youngsters filled a trifecta, quinella and ran several placings.

Covering the mile in 1:50.9, the two-year-old scored from fellow APG grad, Duggee Sloy.

My Ultimate Byron’s stablemate, My Ultimate Ronnie, stopped the clock in 1:50.5 as APG purchases Smaltese and Tims A Trooper finished second and third.

Outstanding filly Captains Queen then strolled to her seventh win from eight starts as she hit the line in 1:53.4.

Madrid – a stablemate to the ‘Byron’ and ‘Ronnie’ – scored in 1:52.3, taking her record to four wins and a third from five outings.

Overall, 11 APG ‘family’ earned a berth in the Group One Finals ay Menangle in a fortnight.

SKY’s Adam Hamilton joins the team at Nation...
Easter double the perfect tonic
Set to dominate Group Ones
Late Mail for Menangle this afternoon
About author