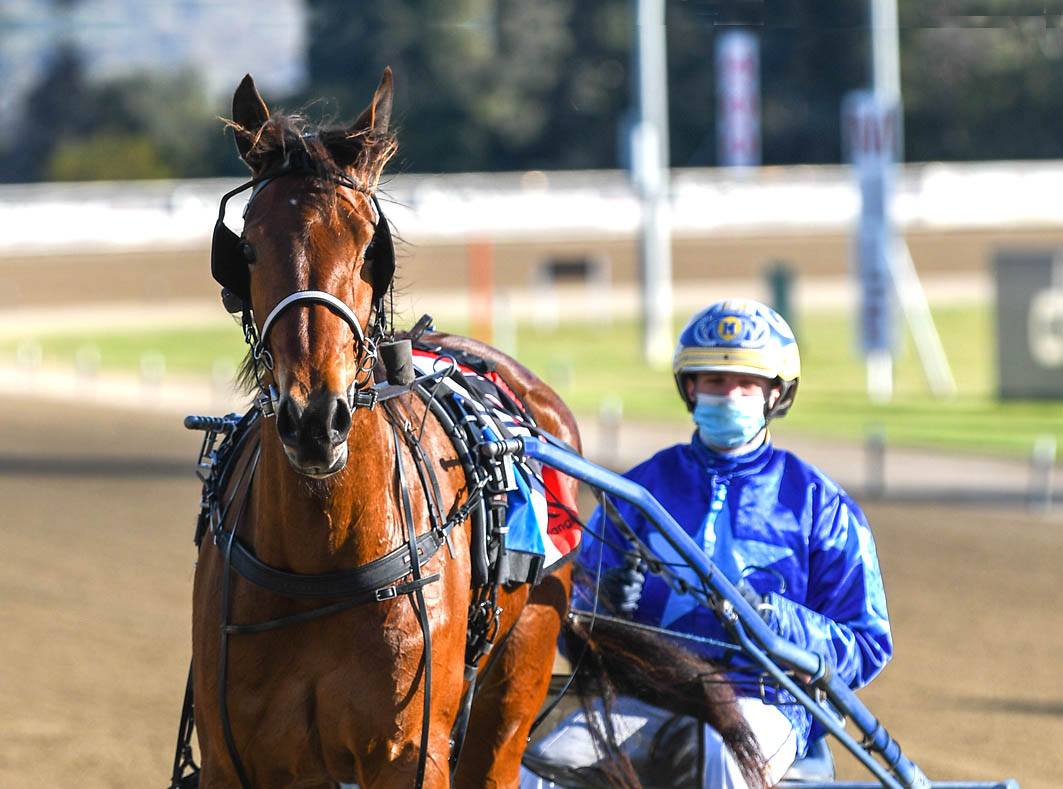 Total domination of Group Ones

Four deciders were conducted at Club Menangle during the weekend, with APG graduates making a clean sweep of the Group Ones.

To top it off, APG purchases were the first five across the finish in the $150,000 Final for two-year-old colts and geldings.

Queensland raider Tims A Trooper upstaged the locals, including the previously unbeaten My Ultimate Byron, in 1:51.9.

In the fillies’ division, Madrid stretched her impeccable record to five wins and a third from six starts for a bankroll of $130,050.

Exciting Victorian youngster Bar Room Banta successfully defended his title with a stylish performance in the Final for three-year-old colts and geldings.

Australia’s leading three-year-old this season, Anntonia collected her third Group One of the year when she covered the mile in a brilliant 1:49.8.

In doing so Anntonia slashed half a second from the southern hemisphere record for her age and sex.

Victorian primed for Australia’s premier mares’ ev...
Stellar results for buyers and sellers
Picking up where he left off
Bonnet shapes as an interesting affair
About author