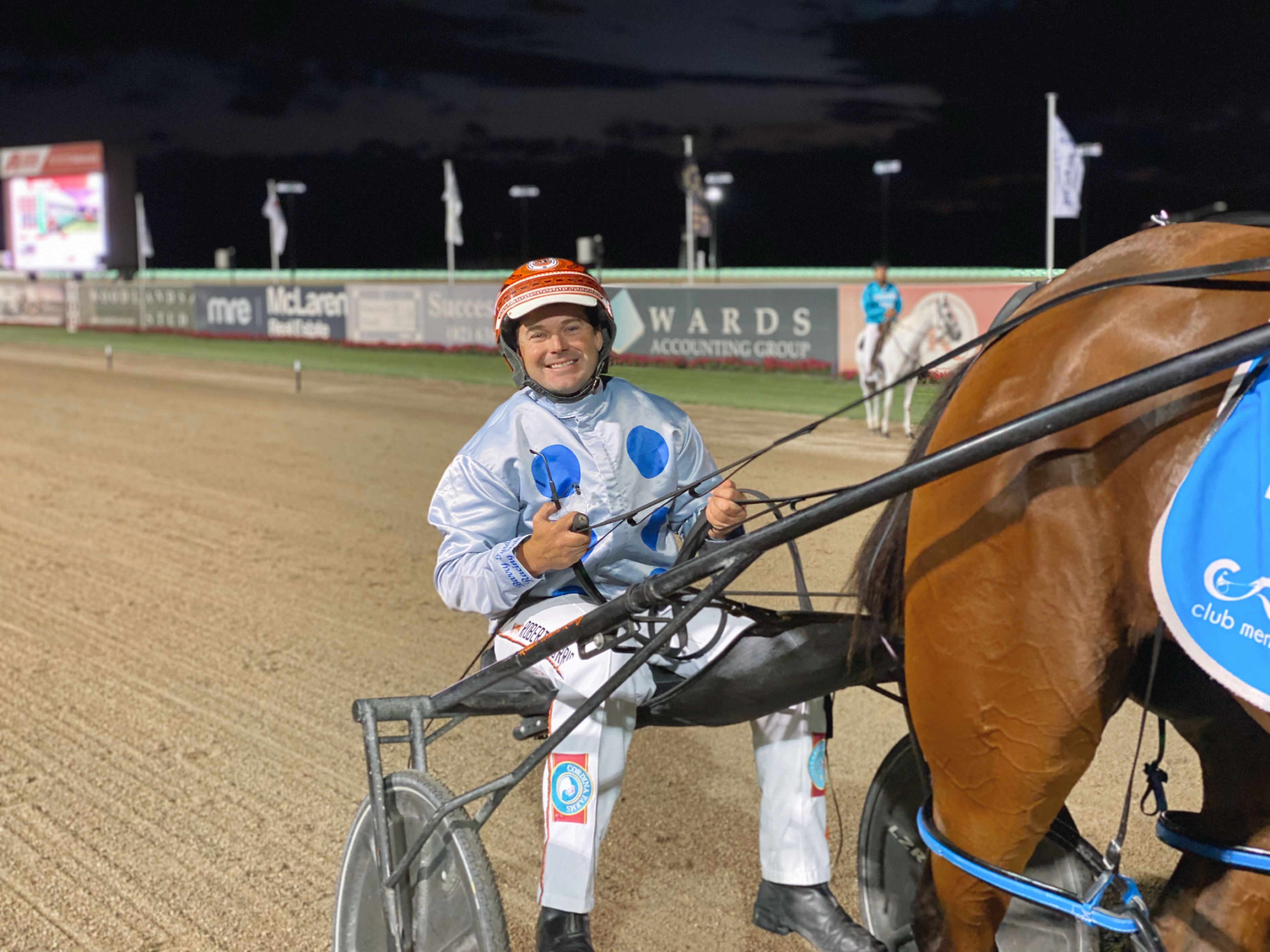 Penrith38 Rob Morris2
ROBBIE Morris rarely passes up an opportunity to travel to regional areas to drive for trainers who opt to put him on their horses....

ROBBIE Morris rarely passes up an opportunity to travel to regional areas to drive for trainers who opt to put him on their horses.

Last Sunday, despite his wife KerryAnn not having any horses engaged, Morris made the long trek to Tamworth after prominent Hunter Valley trainer Roy Roots Junior sent him an “SOS” to drive his horses in the heats of the Multiquip Golden Guitar Series.

“I went up to Tamworth to help Roy out as his stable driver Tommy Ison was on the sidelines,” said Morris.

“While I enjoyed heading up there for the heats and was able to qualify Shadow Pass for the final, I won’t be there on final night, simply because we have so many of our own racing here in Sydney. “That aside, Tommy will be back driving.

“Shadow Pass is a horse on the rise, and I do think he has a red-hot chance of winning the Golden Guitar.

“He did all the work in front in his heat and then hung on well to beat a smart one in Tygar, albeit by a half head.”

Tonight, at Penrith, Robbie highlights his tag as being one of Sydney’s best freelance drivers when he will partner three horses for different trainers.

“I never like knocking back drives when trainers want to put me on,” he said.

“I have been most fortunate to have been given the opportunities from a young age – something that I never lose sight of.”

Morris is keen on the chances of all three pacers that he will drive tonight.

“I really liked the way Are You With Me won here last week,” he said.

“Trainer Troy Williams has done a great job with this bloke since getting him from the Hunter Valley.”

The gelding ran an eye-catching third first-up for Williams and Morris and then had plenty to do before scoring a solid win last week.

“He should get a nice run through the field from gate 10 and be running on at the finish,” said Morris.

“I’m also driving Kelly Louise in the second for Blake Fitzpatrick who is a top conditioner.

“I have not driven the filly before, but she appears to be consistent.”

“Pay Me Overs (Race 4) has been ultra-consistent since joining our stable.

“She won last week after getting a charmed run and gets her chance again in a small field.”

Jonah having a ‘whale’ of a time
A winning double – and he’s still only...
A country boy thriving at ‘Headquarters̵...
In-form stable sets sights on Penrith
About author