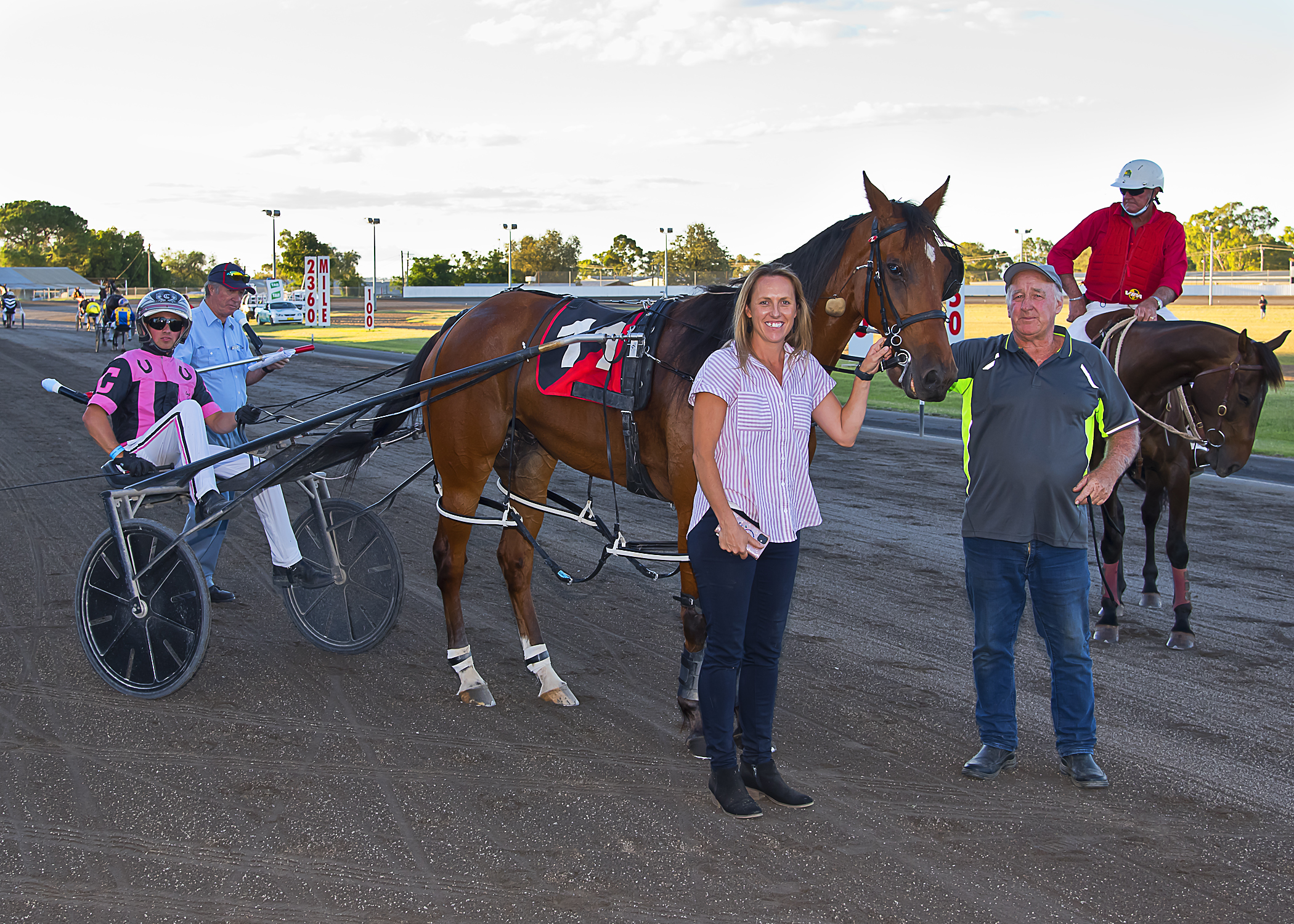 Gold Nugget1 marty Major2 Tamworth29
MARTY Major pulled rank on his opposition in winning the Pub Group Gold Nugget on Sunday night at Tamworth Paceway to open up the...

MARTY Major pulled rank on his opposition in winning the Pub Group Gold Nugget on Sunday night at Tamworth Paceway to open up the January Racing Carnival for the club.

The eight-year-old Art Major-Murgatroyd gelding showed his dominance over the field when the Roy Roots Jnr trained Marty Major powered out of the 11 barrier to be up racing in the one-by-one on the first turn in the 1980-metre race.

“He has got a bit of zip and does maintain the high speed all the way,” said Sydney-based reinsman Leonard Cain, who was making his first visit to the Golden Guitar Paceway.

In the home straight on the first occasion Cain was confident enough to encourage some more “zip” from Marty Major to take the challenge up to race leader Battle Chimes (Guy Chapple) before taking control of the race.

“We punched through pretty quickly early just to maintain a spot and when they slowed up, we were able to get to the front which was perfect – he kicked on from there really well all the way,” said Cain.

“He did it tough out in the front and we copped a lot of pressure but he proved how tough he is tonight.”

Not long after taking the lead Marty Major had to sustain pressure from the Ernie Mabbott-trained Tralee Rocks, driven by Brad Elder.

“Once he found the front, he was strong and up on the bit. I thought then he would hit the line really well,” said Cain.

“When I turned him on a bit more at the top of the straight, he really knuckled down”

Cain felt there was only one danger over the concluding stages.

“The horse trailing me around the corner (Battle Chimes) was the only threat but once we kicked at the top of the lane, I knew we had them.”

Marty Major went on for a seven-metre win over Battle Chimes with Tygar (Joe Taaffe) another seven metres away third with a mile rate of 1.57.8 for 1980 metres.

“I have heard a lot about the race so it will be good to have a look at the Nugget,” said Cain.

“I have driven a few horses for the Roots stables but first time behind this fellow – the family have been great to me.”

After driving Pitch Perfect to a win at Menangle on Saturday night for the Roy Roots Jnr stable Cain picked up a second behind Overthemoon in the opening event at Tamworth before the Gold Nugget win.

A former Queenslander Leonard Cain has certainly made the transition from state to state with success as a reinsman.

“I was born and bred in Queensland and then came down to NSW a couple of years ago and haven’t looked back since.”

Cherie Tritton was trackside representing her husband and trainer Roy Roots Jnr after the win of Marty Major.

“It’s a pleasure and an honour to win such a race like this at Tamworth,” said Tritton on accepting the Gold Nugget trophy.

* Tamworth race again next Sunday, January 17 with heats of the $30,000 Multiquip Golden Guitar and heats of the Hygain Starmaker Three Year Old.

Youngster bounces back from horror fall
Bad boy comes good
It’s a magical four for Chapple
It’s another ‘Famous Five’ for I...
About author