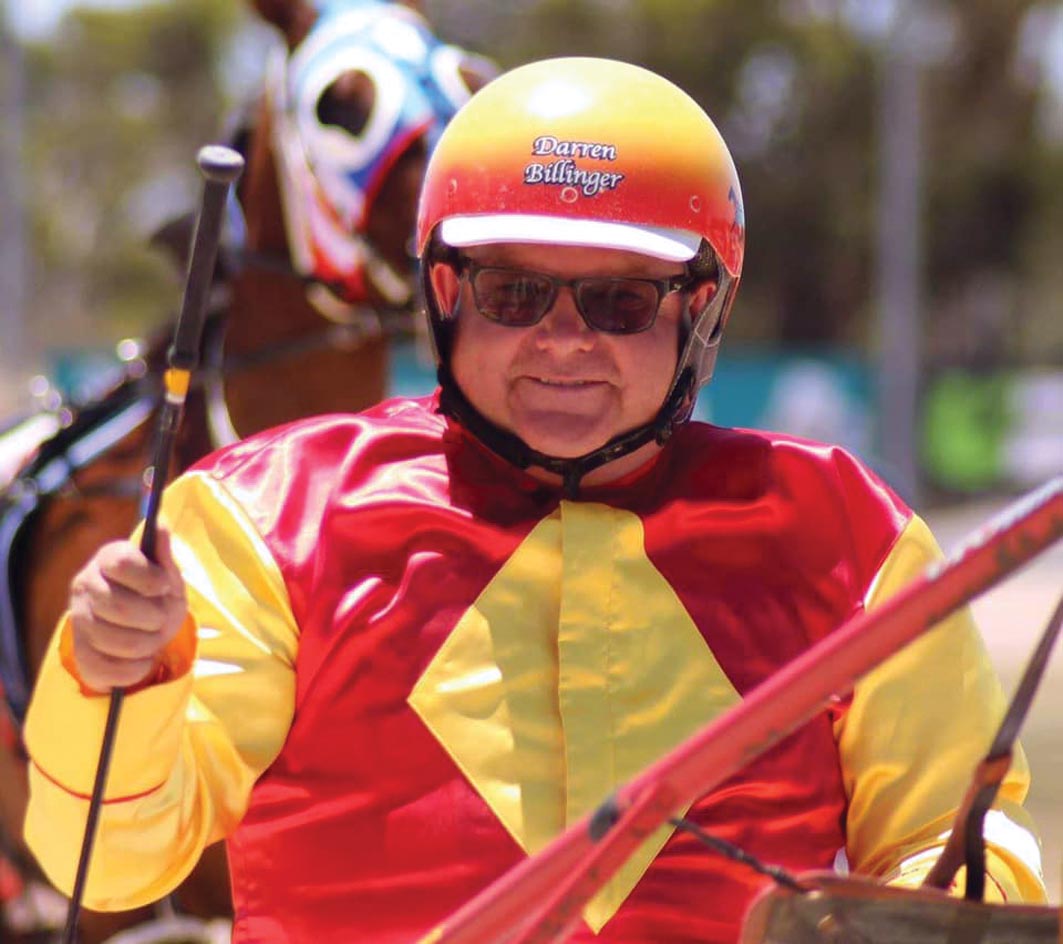 VETERAN horseman Darren Billinger has celebrated his birthday in style. Although Billinger is unwilling to disclose his exact age, a source reports this is...

VETERAN horseman Darren Billinger has celebrated his birthday in style.

Although Billinger is unwilling to disclose his exact age, a source reports this is the second global pandemic he has experienced, having previously survived the Spanish Flu outbreak!

As for his latest milestone, Billinger spent part of it at Globe Derby yesterday, where he was successful as the trainer-driver of handy pacer Steinman.

“It was a good way to enjoy my birthday,” Billinger said. “Getting a winner on any day is always good, but it adds a little when it’s your birthday as well.

“I had a pretty nice day overall, but the win topped it off.”

Sent forward from barrier four, Steinman was settled outside the leader, Thebattlesjusbegun, before gaining cover as Karmic Fire was taken to the ‘death seat’.

Angled three-wide at the top of the home straight, the son of Rock N Roll Heaven sprinted to a three-and-a-half metre win from Karmic Fire, with Motu Rampage a metre-and-a-half away third.

“With a trip like that he is always going to be hard to hold out,” Billinger said. “He won first-up from a three-month break last week and went better again yesterday.

“Those two runs will top him off and with a bit of luck he can put a few more wins together.”

With no major plans in mind for the gelding Billinger will “look to see what is around that suits him.”

Electrifying performances reasons to be excited
Champ is back
Well worth the extra $500!
Supreme court action vacated as stay granted
About author