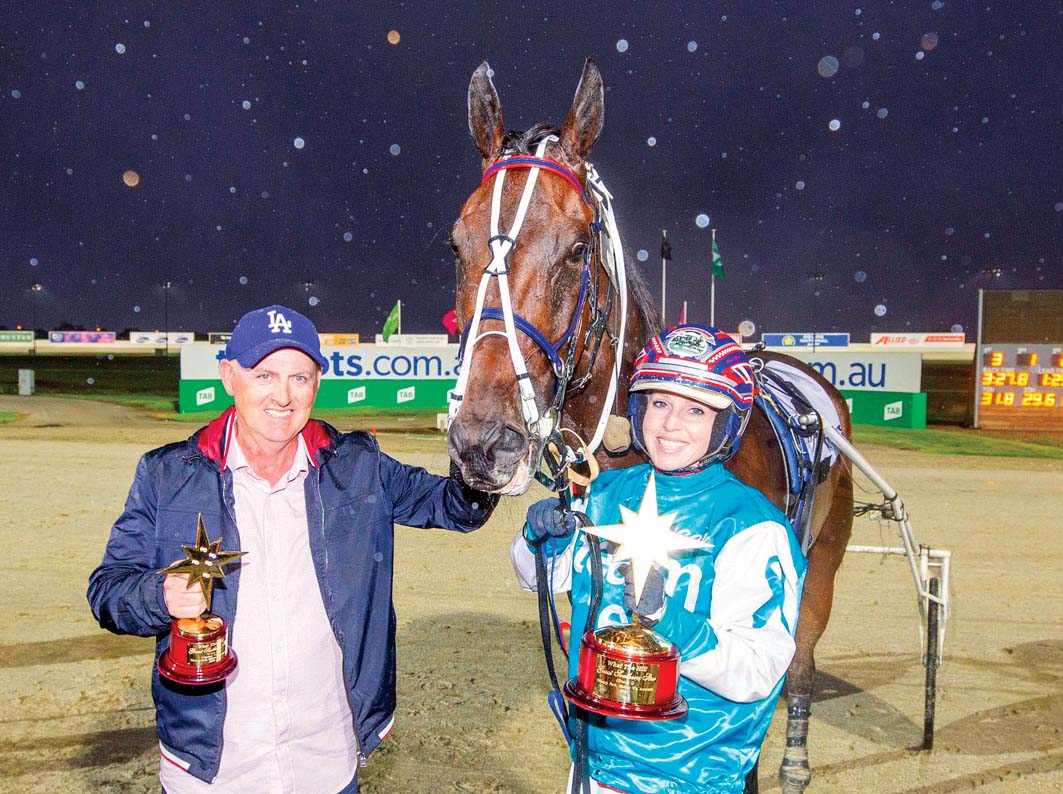 First-up since his unplaced performance on October 10, Tornado Valley captured the second heat with a breathtaking performance for trainer Andy Gath.

As such the son of Skyvalley will back-up in the $300,000 Final in a little more than two hours.

Driven by Gath’s wife Kate, Tornado Valley began quickly to lead from barrier two as the favourite Majestic Man worked on his outside.

Proving too slick along the home straight, the nine-year-old completed a two-metre win from Majestic Man, with Sundons Courage a metre away third.

With his position in the Group One decider booked, Tornado Valley is aiming to become the first dual winner of the Grand Circuit event since its inception in 2013.

Gath also qualified Mclovin for the Final after he finished second behind Tough Monarch in the opening heat.

Also driven by Kate, Mclovin was caught in the ‘death seat’ as Tough Monarch led throughout for trainer Rickie Alchin and driver Anthony Butt.