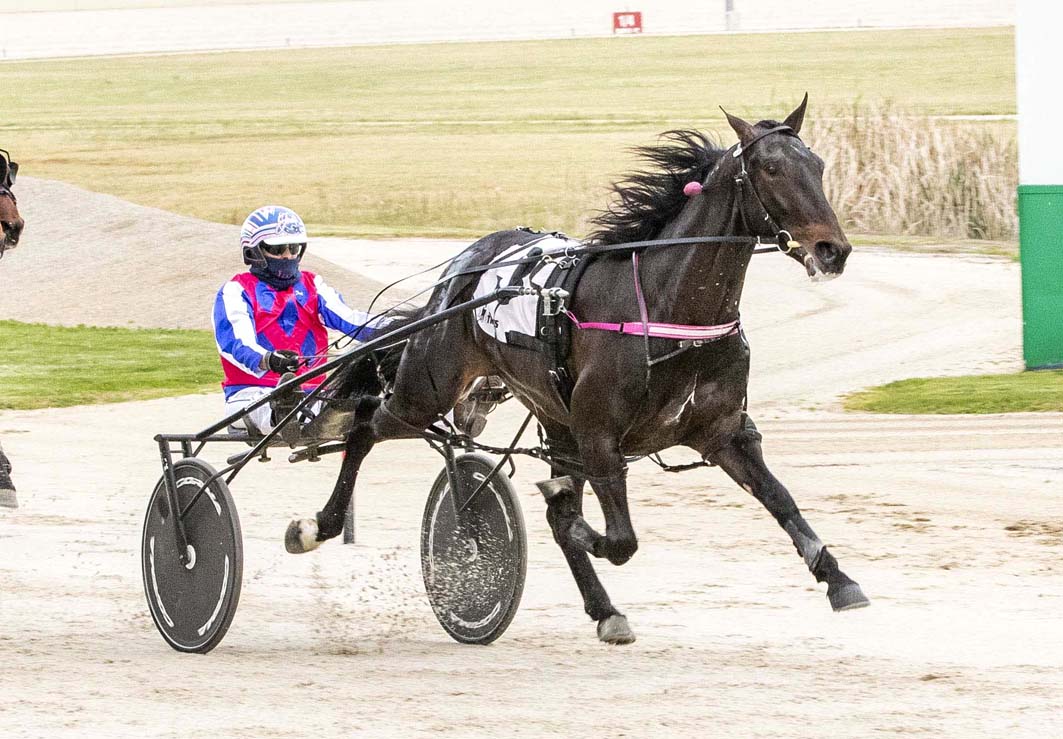 With a stable bursting with quality youngsters, Stewart won three of the seven two-year-old qualifiers in Maryborough.

Stewart’s runner also registered three seconds and four thirds, with 18 of the stables two-year-olds qualifying for the semis.

In the three-year-old category, Stewart captured five of the six heats across two divisions.

Along with her winners Stewart prepared two quinellas and a trifecta, which saw her qualify 12 for the second round!

“The heats produced some amazing results for the team and we are especially happy for our owners,” Stewart said.

“These are the kind of races any owner wants to be a part of so it is always great when you can deliver that.

“Hopefully we will have a bit of luck in the semis in Melton on Saturday.”

Last season Stewart and her partner Clayton Tonkin won six of the seven two-year-old qualifiers and three of the six three-year-old heats in which they had a runner.

TAB Fixed Odds is predicting the Stewart squad will dictate the semis, with the record-breaking horsewoman to gear-up four favourites.

Stewart has the second favourite in the other four races!

Just for good measure, Stewart also has Techys Angel as the $1.80 favourite in the Breeders’ Crown Open Mares’ Free-For-All.

Of the hot shots, Act Now is the shortest at $1.40 – the son of Somebeachsomewhere is the tightest favourite on the card.

A recent winner of the Victoria Derby, Act Now outmuscled his opposition in his heat after being three-wide into the ‘death seat’.

To be driven by Jodi Quinlan, Act Now has drawn to find the lead from barrier four.

“He did all the work, but has come through the run in great order,” Stewart said. “He’s ready to go again and will be hard to beat.”