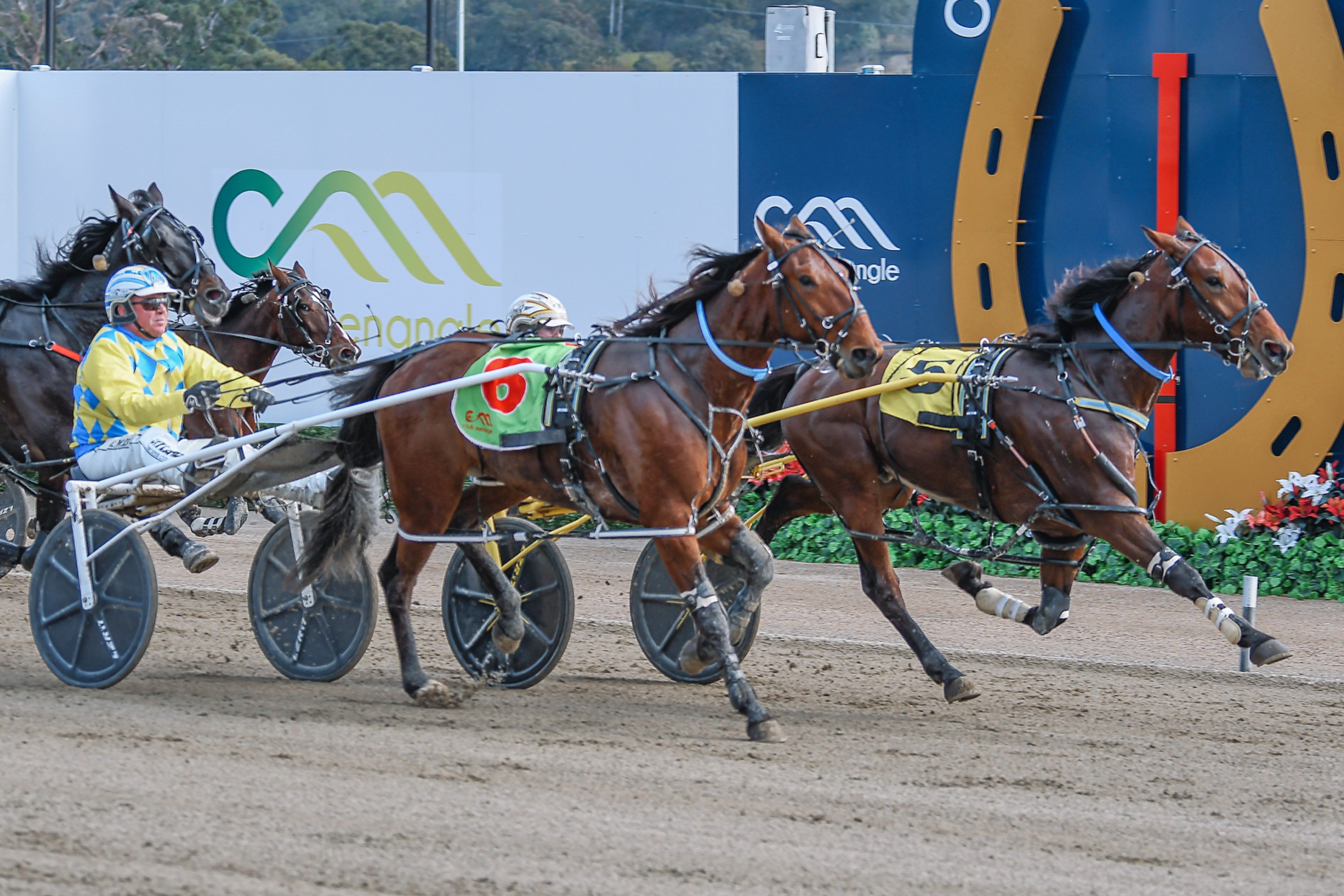 ON THE RADAR: Radar Stride (right) beats Platinum Stride at Menangle. Both are winning chances today.

Winning is in their blood

Butt2 Menangle215 Stride1
IT was a big decision to make, yet brothers Tim and Anthony Butt have very few regrets over leaving their homeland of New Zealand...

IT was a big decision to make, yet brothers Tim and Anthony Butt have very few regrets over leaving their homeland of New Zealand to chase the spoils on offer in Australia.

The Butt boys come from a famous harness racing family in the Shaky Isles and did not have anything to prove, having won numerous feature races on both sides of the Tasman.

Their grandfathers Wes Butt and Derek Jones were among the best trainer-drivers New Zealand has produced, talents inherited by their grandsons.

While Tim made the move to Sydney to set up as a trainer, Anthony initially relocated to Victoria in 2014, primarily driving for another former Kiwi, Brent Lilley.

Anthony stamped himself as a champion in his very first season of driving, winning the junior premiership in 1984.

He was associated with the great mare Blossom Lady, driving her to win 34 races and while she did not win an Inter Dominion Grand Final, she secured six heat wins and a consolation.

Anthony also drove her to win the 1992 New Zealand Cup and two A. G. Hunter Cups.

The next champion to catapult Anthony to some career highs was the square-trotter Lyell Creek, the pair combining to win the 2000 Inter Dominion Trotters Grand Final at Moonee Valley.

He went on to win another three Inter Dominion Championships with the trotter Take A Moment in 2001 and 2003 and with pacer Mr Feelgood in 2009.

Currently things could not be better for Anthony as late last year he and partner Sonya Smith took over the role of preparing the big team of pacers owned by prominent Sydney businessman, Emilio Rosati, and his wife Mary.

And this season, he sits in the top 10 on the state’s trainers’ premiership with 51 winners from 171 starters, giving him an impressive winning strike rate of almost 30 per cent.

Butt has three horses engaged at this afternoon’s Menangle meeting and all are favoured to win.

Radar Stride (Race 7) represents the best value but does have to overcome a wide barrier (10) draw while Diamond Stride is at very short odds to take out Race 3.

The most interesting of the Butt runners is Platinum Stride (Race 4).

The former New Zealander came to Australia with good form and his two second placings at Tabcorp Park Menangle during July were eye-catching.