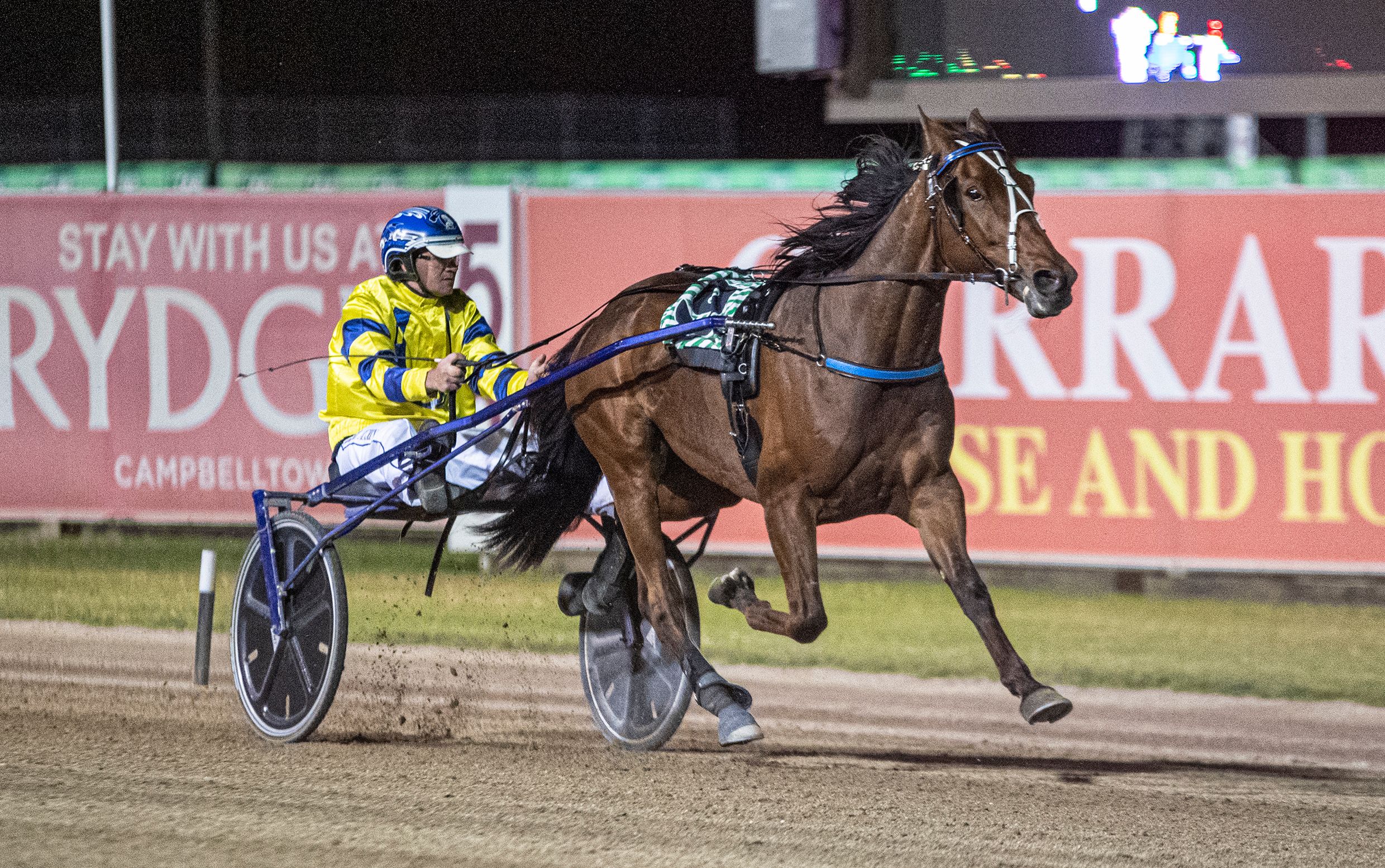 THANKS to their Group One glory astute trainer Rickie Alchin and classy squaregaiter Tough Monarch are set to enjoy a winter escape. Campaigning in...

THANKS to their Group One glory astute trainer Rickie Alchin and classy squaregaiter Tough Monarch are set to enjoy a winter escape.

Campaigning in Queensland in recent weeks, the pair will remain in the Sunshine State for an extended holiday following their success in last night’s Queensland Trotters’ Cup at Albion Park.

The time-honoured series is scheduled to begin with heats at Club Menangle on November 27.

“With the travel restrictions back home and the better weather here, we will both stay for a little while longer,” Alchin said.

“We’ll have about a 10-day break before heading home.

“Once he gets going again I’ll head down to Melton for some free-for-alls to get him right for the Inter.”

Driven by Anthony Butt, Tough Monarch was settled towards the tail of the field from the outside of the second row as Majestic Simon led from the pole.

Angled three-wide during the middle stages, the son of Monarchy was sent forward to test the front runner from the breeze.

Forging his way to the front the top of the home straight, Tough Monarch powered his way to a three-metre win from Humble Ladd, with Pink Galahs a head away third.

“This is the race I set him for in Queensland so it was great to see him come away with the win,” Alchin said.

“I was pretty confident with him, but a bit deflated by the draw.

“As it turned out it didn’t matter and he was too strong for them.”