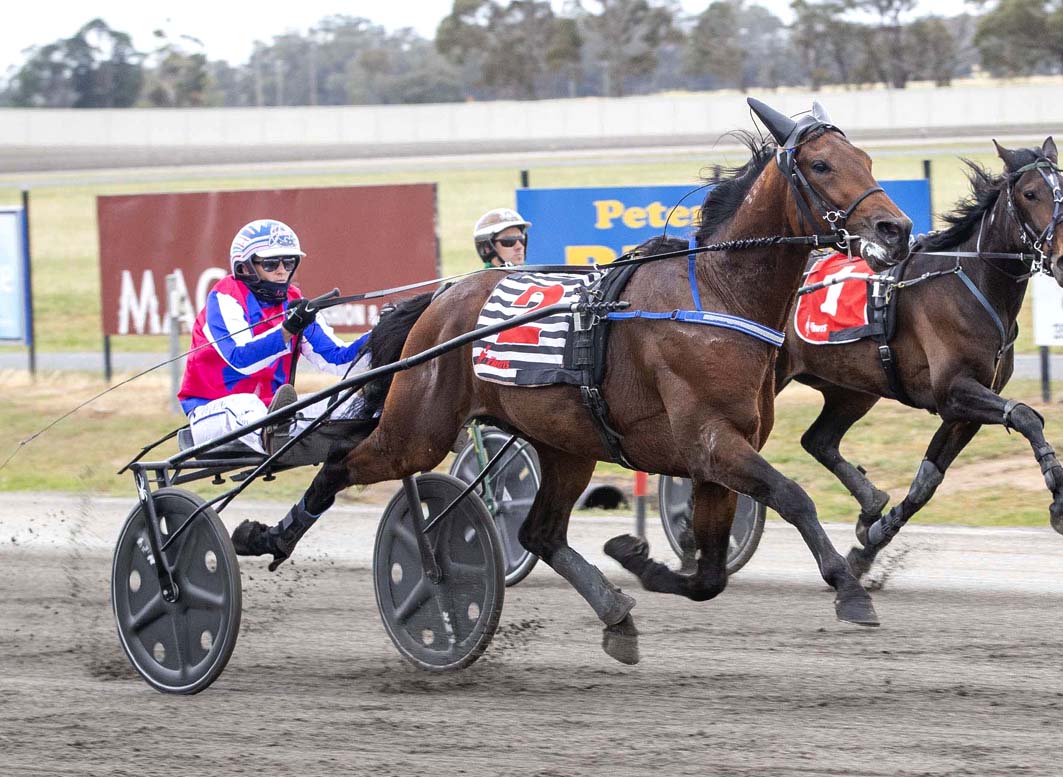 A WOEFUL draw is expected to have little effect on Cover Of Darkness’ perfect record. Unbeaten from eight starts, son of Majestic Son is...

A WOEFUL draw is expected to have little effect on Cover Of Darkness’ perfect record.

Unbeaten from eight starts, son of Majestic Son is engaged in a Vicbred Super Series Final at Tabcorp Park Melton on Thursday night.

A last start winner of his heat, Cover Of Darkness has drawn barrier 10 for premier trainer Emma Stewart.

“It’s a woeful draw, but it is what it is,” Stewart said. “He’s good enough to overcome it but we just have to hope he doesn’t cop any interference from there.

“As long as he gets a good clear run he’ll be fine.

“His work has been as good as ever and he’s ready to go.

“Now it’s up to Jodi (Quinlan, driver) and lady luck as far as interference goes.”

Despite the trotter’s early obstacle TAB Fixed Odds has Cover Of Darkness listed as the $2 favourite.

Defending champion Powderkeg is the second elect at $7 for trainer Lisa Miles.

Also triumphant in his heat, Powderkeg will begin from the inside of the back row.

No Biggie and Cracker Jet are on the next line of betting at $.750 from gates one and two.

“It’s a strong field and Cover Of Darkness will have to produce his best,” Stewart said. “Powderkeg is in top form, but like us, hasn’t drawn the best.

“All things being even though, we’re pretty confident with Cover Of Darkness.”