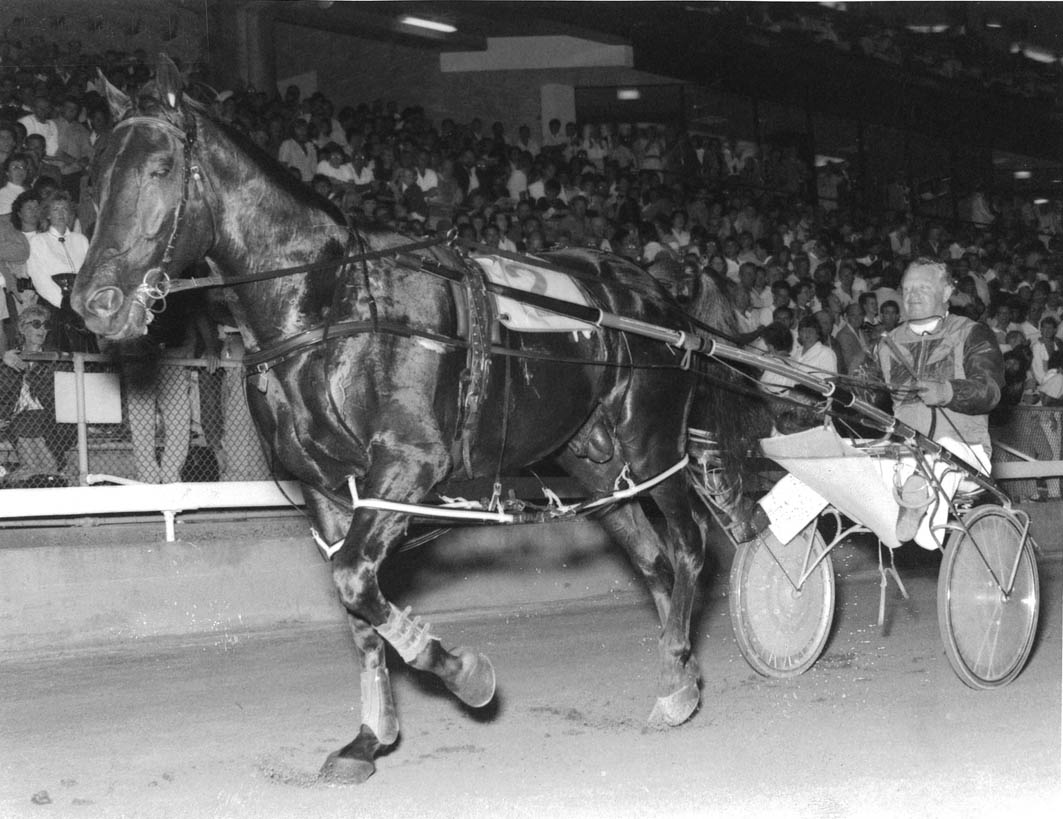 AS THE countdown to tomorrow night’s second round of TAB Inter Dominion heats continues, we travel back in time to relive past editions of...

AS THE countdown to tomorrow night’s second round of TAB Inter Dominion heats continues, we travel back in time to relive past editions of the Championships hosted by Club Menangle.

VINDICATED – According to the dictionary, Vindicated is to get revenge for; avenge; to uphold or justify by argument or evidence.

In 1988, Bob and Vin Knight got the exact vindication they wanted when Our Maestro outclassed a star-studded Inter Dominion field at Harold Park.

Making the trip to Sydney from their Kilmore home with a point to prove, the Knights clearly achieved the objective on March 18.

The basis of the Knights’ frame of mind stemmed from the fact Our Maestro had been overlooked for the Miracle Mile just a few months earlier – which left the father and son combination “so irate.”

While they may have arrived in an indifferent mood, the duo certainly left in high spirits.

But the scenario wasn’t as clear cut as it sounds, with Our Maestro beaten during the first two rounds, which were conducted over 1960 and 1609 metres.

Caught three-wide early in his opening heat, Our Maestro was taken to the ‘death seat’ before gaining cover from Quite Famous.

Soon after, in what proved to be the winning move, Chris Lewis dashed West Australian champ Village Kid around the field to take the lead from Gay Adam.

Proving too slick for his younger rivals, Village Kid scored by two metres from Gay Adam, with Our Stretto 16 metres away third.

Despite gaining a handy run in the one-one, Our Maestro was three metres away fourth.

Soon after returning to scale, however, Vin revealed the stallion had dragged a flat tyre for the last 1100 metres, adding credence to his effort.

Despite his veteran status, Village Kid was the quickest winner, rating 1:59.6.

Receiving the one-one trip again, Our Maestro quickly ranged up to the pacemaker on the home turn, but was unable to seal the victory.

Driven a treat by Greg Harper, Jay Bee’s Fella covered the mile in the fastest time of the night – 1:57.6.

Western Australians continued to thrive when, Palimar, was also successful.

The Knights finally opened their account when Bag Limit beat Robber John and Our Stretto.

Bag Limit and Palimar returned to the winners’ circle to join Jay Bee’s Fella as the only dual heat winners.

Bag Limit was clearly the quickest after rating 1:59.7 over 2350 metres to be the only winner to break the magical two-minute mark.

Karalta Gift surprised many with his 2:00.2 success with a young Darren Binskin in the cart.

The evening belonged to the Knights, however, with Our Maestro finally showing his true colours.

Producing blistering speed to lead from barrier three, Our Maestro careered away from his rivals in the straight to score by seven metres from Luxury Liner.

“I don’t know if I am pulling the right rein choosing to drive Baggy over Maestro,” Vin said. “It is the Inter and it hasn’t been my luckiest race.”

Rated to perfection by Binskin, Our Maestro found plenty in the straight to score by two metres from Palimar.

Tiff’s Mystery, the lone local, was three metres away third. Amazingly, Tiff’s Mystery also finished third in each of the three heats!

Thrilled with his chance to shine, Binskin was also sympathetic to Vin, who finished last after Bag Limit raced in the ‘death seat’.

“I feel sorry for VJ,” Binskin declared. “He always thought Maestro could do it, but he had to drive Baggy – he loves him.”

Vin admitted to having mixed emotions about the outcome.

“I feel elated that Maestro has won, but it’s pretty disappointing not to be in the cart,” Vin said. “I’m not sure really what I feel.”

Sadly, Vin never got the chance to experience the joy of winning the Inter Dominion despite capturing a record 18 heats – 16 with pacers and two with trotters.

In a case of déjà vu, Vin partnered Our Maestro in the 1989 Perth Final, only to finish second behind stablemate, Jodie’s Babe, which was driven by Scott Stewart.

In 1982, Popular Alm was third behind Rhett’s Law.

Round three to take place on Sunday
Inspirational Hill puts charity first
Mick Ko’cass’s late mail for Menangle ...
Mike Ko’cass with a race-by-race guide to Me...
About author