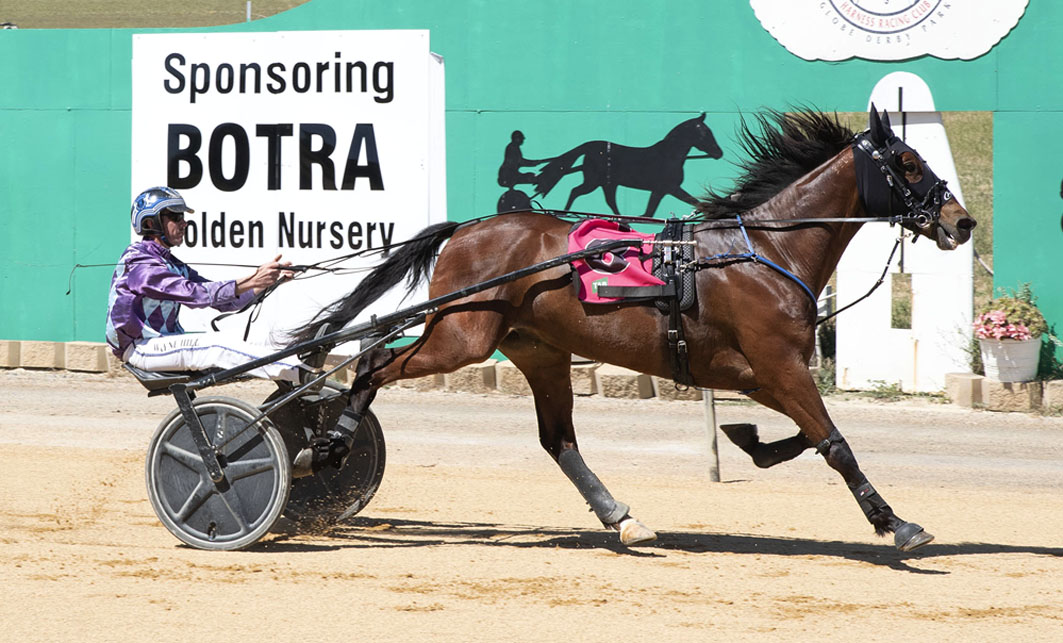 HAVING claimed a slice of history during the weekend, classy youngster My Used To Be will be given another chance at the record books....

HAVING claimed a slice of history during the weekend, classy youngster My Used To Be will be given another chance at the record books.

Proving too good in a Southern Cross Final at Globe Derby on Saturday night, My Used To Be became the first trotter to complete the South Australia Derby/Sires’ double.

Thrilled with the three-year-old’s performances, trainer Jill Neilson has decided to send My Used To Be across the border.

My Used To Be will head to Victorian horsewoman Lisa Miles to tackle the Vicbred Super Series.

Should the son of Used To Me emerge triumphant in the Vicbred, he will come the first squaregaiter to win the two state’s futurities.

“I don’t know how well he will go against the better ones in Victoria, but it’s worth finding out,” Neilson said.

“He is in terrific form with five wins and a third from his last six starts, so he is heading there in the best possible shape.

“He will have a light week before going over on Saturday.”

As for his latest success, My Used To Be was rated to perfection by Wayne Hill after leading from barrier two.

Never fully extended the gelding cruised to a three-and-a-half metre win from Ten No Spur.

Lovelorn, a stablemate of the winner, was 14-and-a-half metres away third.

“He did it well within himself,” Hill said. “I never had to go for him at any stage.

“There is no doubt if he had something pushing him up the straight he could have gone quicker.”

Another tough feature draw
Is this youngster the next headline act?
Ideal draw to maintain perfect season
Titans to clash during Inter second round
About author