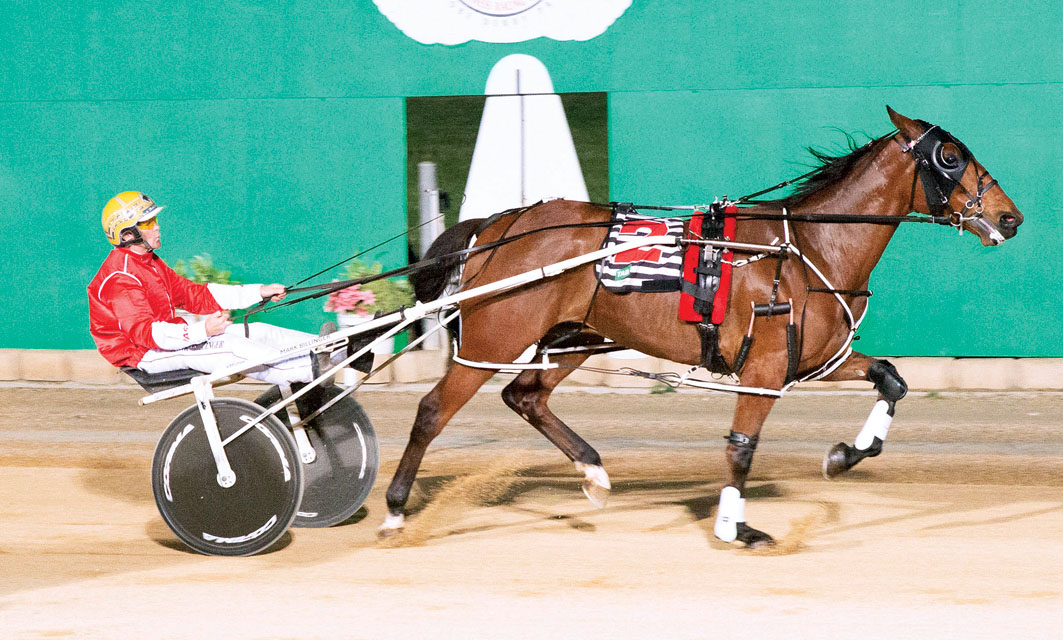 TOMORROW night’s Globe Derby program is shaping up as a Billinger Bonanza.

Fresh from winning five heats last weekend, reinsman Mark Billinger has a collection of leading chances in the Finals.

Victorious in her qualifier, Encipher is a $1.40 hot shot with TAB Fixed Odds.

“She deserves to be favourite, but Elegant is a nice filly and has drawn better in three,” Billinger said. “She’ll give us something to chase.”

Billinger will also partner Cobber in the colts’ and geldings’ division.

The son of A Rocknroll Dance was also triumphant in his heat.

“He went really well last week and should take a lot of beating from the draw,” Billinger said.

Billinger will then rejoin forces with Stewart as top filly Treachery attempts to successfully defend the title she captured last season.

Billinger combined with the daughter of Captaintreacherous to win the two-year-old Final.

Treachery is a $1.50 favourite to retain the throne

“She did it as easily as she pleased last week,” Billinger said. “It’ll be tougher again in the Final from the second row, but she is the one to beat.”

Despite his short-priced chances, Billinger rates Artillery as his best option.

Also defending his title, Artillery has drawn to lead throughout from the pole.

Trained by Paul Cavallaro, the son of Art Major is listed at $6 with TAB Fixed Odds.

Tuppence, another member of the Webster team, is $1.10 from barrier two.

“After the heats I said with the right draw Artillery should win again,” Billinger said. “He’s got the perfect draw and I consider him my best of the night.”