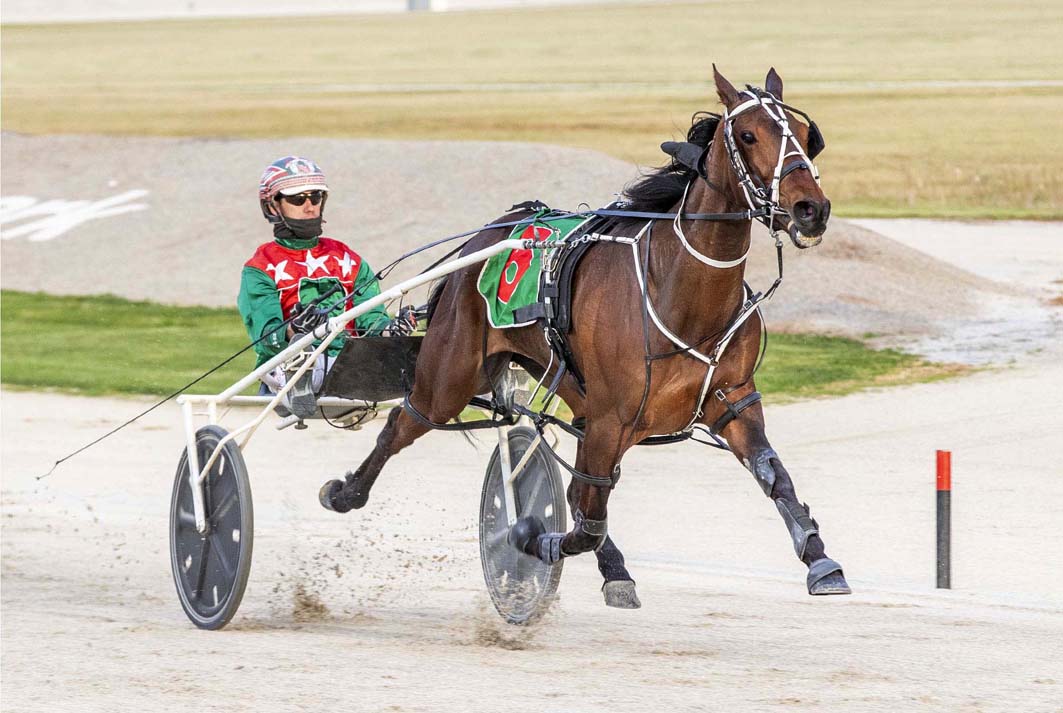 SURPRISE packet Boxofchocolates’ perfect record will be in serious risk at Tabcorp Park Melton tonight. Making her debut in June, the five-year-old is undefeated...

Making her debut in June, the five-year-old is undefeated from six starts for trainer Kent Harpley.

Chasing a ‘magnificent seven’ this evening, Boxofchocolates has drawn favourably in barrier two, but faces her acid test in the 1720-metre event.

“I couldn’t be more thrilled with this mare,” Harpley said. “She has come a long way from where she was six months ago.

“I have to give credit to my niece Taylar Youl, who is my right hand girl and helps out a lot with her which has made it easier.

“You can’t ask for any more from the mare than winning every start so far, but tonight will really test her.”

Boxofchocolates’ opposition includes Group One winner New Zealand pacer Another Masterpiece, which is competing in Australia as Im Anothermasterpiece!

Trained on the Shaky Isles by power couple Mark Purdon and Natalie Rasmussen, the four-year-old made a successful debut for local horsewoman Jess Tubbs last weekend.

Expected to be a major improver, Im Anothermasterpiece is listed as the $2.20 favourite despite his outside of the back row draw.

Boxofchocolates is the second elect at $2.60.

“Boxofchocolates is going into tonight in perfect condition and has a good draw, but it’s not going to be easy,” Harpley said.

“Im Anothermasterpiece is the one to beat but we’ll be doing our best.”

Group Ones and an escape from winter
Trotter to join elite group of youngsters
VALE: Peter Sullivan
Champion pair ready for showdown
About author