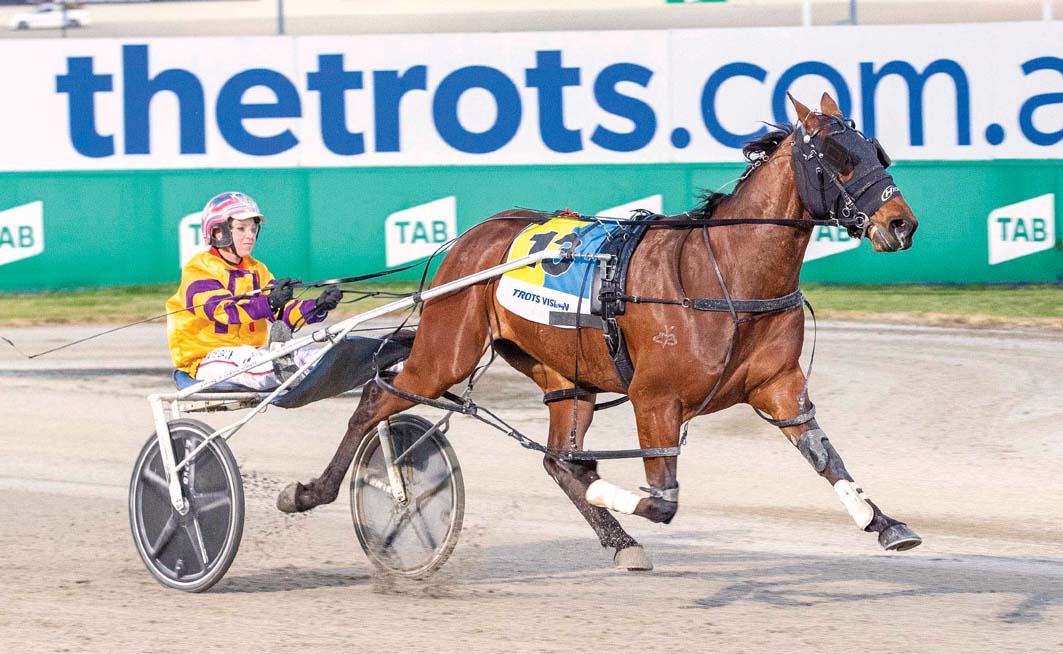 DESPITE being the nominal favourite, boom pacer Catch A Wave is likely to miss next month’s Vicbred Super Series. Speaking after Catch A Wave’s...

DESPITE being the nominal favourite, boom pacer Catch A Wave is likely to miss next month’s Vicbred Super Series.

Catch A Wave has won six of his seven starts, with his haul including the Australian Pacing Gold Sovereign Final.

“He’s hard to deal with but he is very special,” Gath said. “He’s come a long way and is getting better with each run, but his manners need improving.

“I’ll have to talk to the owners, but I think I might pull the pin on this season and see how he comes back as a three-year-old.”

With Gath’s wife Kate holding the reins, Catch A Wave was allowed to settle in his stride from the outside of the second row as Hes Charlies Angel led from gate three.

Angled three-wide during the middle stages Catch A Wave sustained a strong sprint to power his way to the front turning for home.

Breaking clear of the pack, the son of Captaintreacherous rated 1:56.4 over 2240 metres to score by 14-and-a-half metres from Brutally Handsome.

Tims A Trooper was a head away third.

“He’s got a lot of tricks and it was probably the most tractable he’s been tonight,” Gath said. “Having him go so well is more of a relief than anything.

“He is his own worst enemy and the only thing that could have beaten him was himself!”

Family’s futurity dominance set to continue
Momentslikethese is what racing is all about!
Tiger’s just thriving
Mass celebrations after maiden Group One win
About author