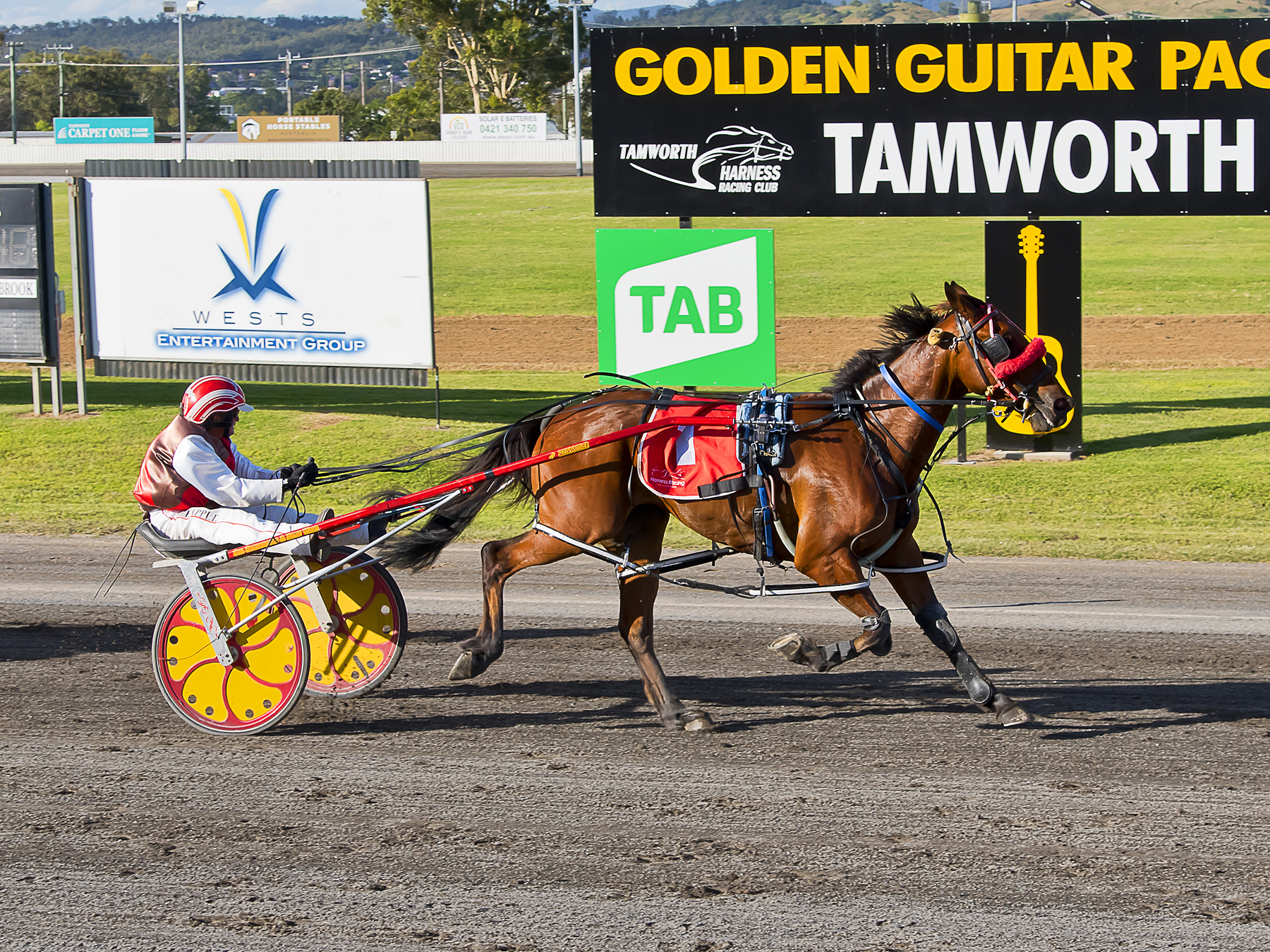 Asterism1 Dean Chapple7
ASTERISM, a well-named Four Starzzz Shark-Rutherglen Ruth gelding, is developing a ‘constellation’ in regards to his form guide. The four-year-old gelding is trained at...

ASTERISM, a well-named Four Starzzz Shark-Rutherglen Ruth gelding, is developing a ‘constellation’ in regards to his form guide.

The four-year-old gelding is trained at Moonbi by Dean Chapple, who also handled the driving duties behind Asterism, which provided a training and driving double for the stables at the Tamworth harness meeting last Thursday.

Chapple bookended the meeting after taking out the opening event with Shannon’s Shadow, a four-year-old gelding who was breaking his maiden status with an all-the-way win from the two barrier over the 1609m journey.

“He has come a long way this horse since we got him and I think he will go a little further yet,” said Chapple after the McArdle-Shannon’s Place gelding won the TAB Maiden Pace.

“I thought if I got beaten with this one, I would have been in trouble for the rest of the meeting . . . but we got that off our back early.”

The lightly-raced Shannon’s Shadow, who has had 17 race starts joining the Chapple stables in October, and from three race starts had notched up two seconds at Tamworth before the win as the $1.75 favourite.

“He is in again at Newcastle on Monday and hopefully we can jag two maiden races and he continues ticking the boxes,” said Chapple.

“Hopefully he keeps doing everything right.”

Asterism then helped Chapple bookend the meeting after taking out the Mates 4 Harness Pace (1980m).

“We threw this horse in the deep end and put him up in grade,” said Chapple.

“We got the one barrier and I told the owners if we could finish in the first four, we would be over the moon.

“It is the first time I have sat him up and he was climbing over The Narrator at the 400. When I pulled the ear plugs, he just went up another gear.”

Chapple made his run from the 400m mark, matching strides with The Narrator before winning the battle down the home straight to come away for a 6.6 metre win over the Tony Missen trained The Narrator.

Rolamax (Anthony Varga) was a further 5.7 metres away third.

“We are stoked with the horse – he has good gate speed; he can sit up in a race and he can lead. He has a bit of bottom about him,” said Chapple.

“We are heading for the Golden Guitar in January with him and that is the time they run so we are definitely happy,” said Chapple.

“We are also contemplating the Maitland Inter City Pace.”

Asterism has had four race starts for the Chapple stables and produced three wins and a second on the Tamworth Paceway helping Dean Chapple secure 339 wins as a trainer.