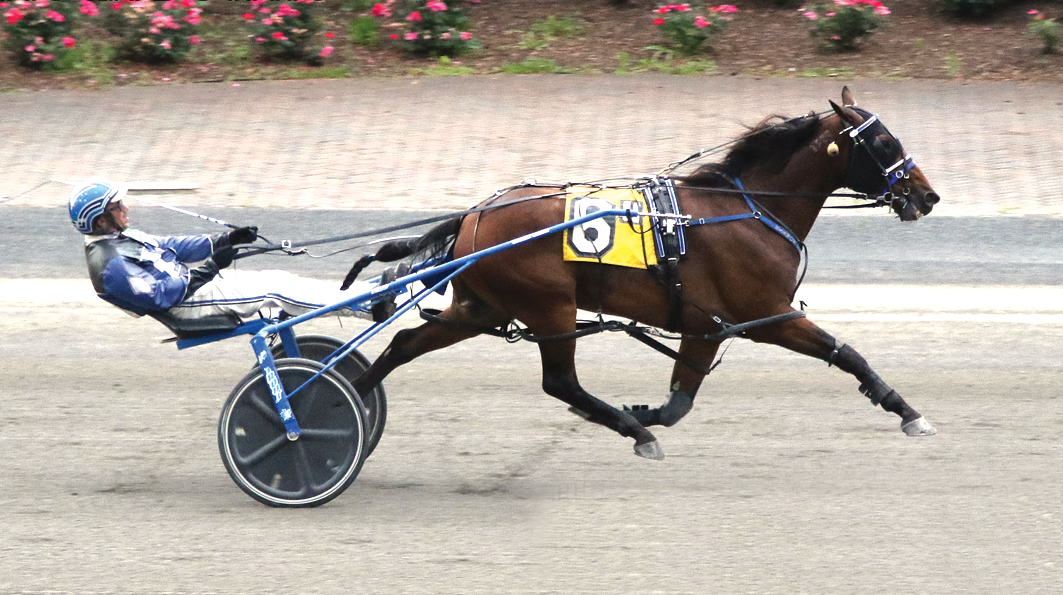 FORMER Australian pacer Kerford Road swooped late to capture the Open Pace at Tioga Downs last night. In a race which had plenty of...

In a race which had plenty of action, Jins Shark grabbed the early lead setting an opening quarter of 27 seconds before Harry Terror moved to the front.

With a circuit to go Mister Daytona then took over the pacemaker’s role which saw the half covered in 55.2 seconds.

Mac Andover became the next leader down the back stretch and led to three-quarters in 1:22.4.

Sitting handy in fourth position approaching the turn, Kerford Road came flying down the stretch like a rocket and blew right on by to win going away in 1:52.1.

Kerford Road – a son of Somebeachsomewhere – made his US debut a winning one for trainer Rob Harmon and owners Harmon Racing Stable, Winners Circle Racing and John Campagnuolo.

The six-year-old won four of his last eight starts in Victoria before being sold to America.

Kerford Road’s success was also part of a quintet for driver Mike Merton who also scored with Barrys Shelby, Catcha Lefty A, Fritzie Pic Up Man and Too Much Duncan.