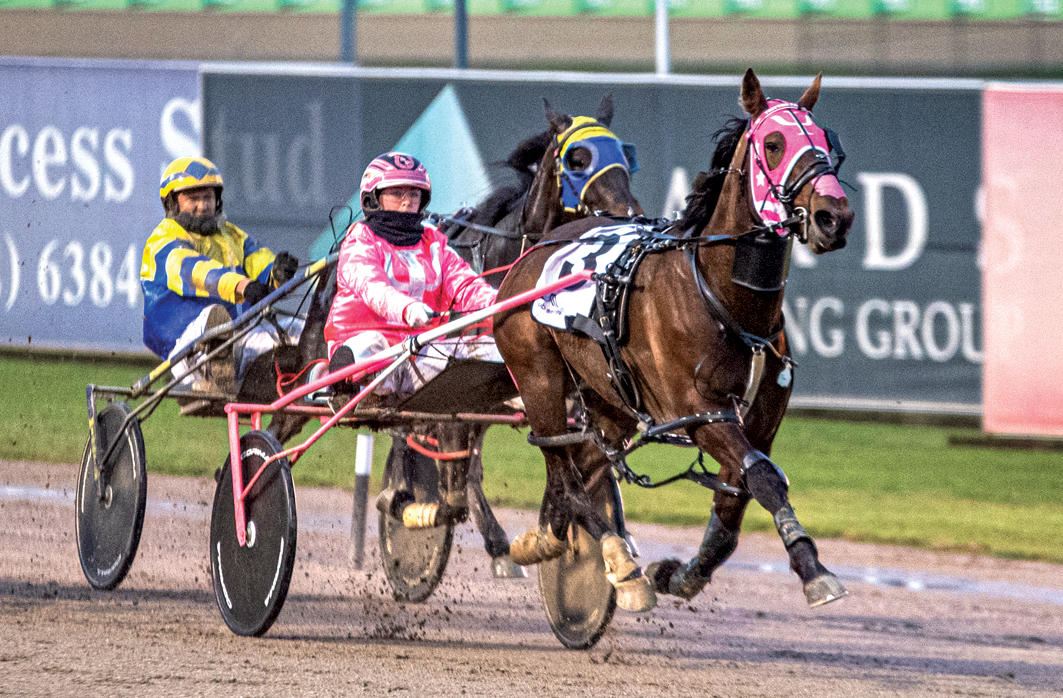 AUSSIES and Kiwis stole the show at The Meadowlands last night.

Coming with a well-timed run around the final bend Dancin Lou scored by metre-and-a-half from the front runner, with Australian-bred pacer Bechers Brook third in 1:50.

A 1:50.9 winner at Club Menangle, Gods Spirit stopped the clock in 1:50.1 with local reinsman Jordan Stratton in the cart.

The Trittons moved from their New South Wales home to America last March.

Former Australian pacer Kathys Son was driven to a 1:52.2 win by Aussie reinsman Andy McCarthy, while Kiwi performers Solid Gold, Trojan Banner and The Devils Own also made their way into the winners’ circle.

Gods Spirit and Trojan Banner also led home ‘Down Under’ quinellas, while Dunn finished the evening with a quartet.

Draw difficult, but not a major concern
Time for classy pacer to be “put to the test”
Greatest filly ever produced in the Southern Hemis...
Regionalised racing re-introduced
About author