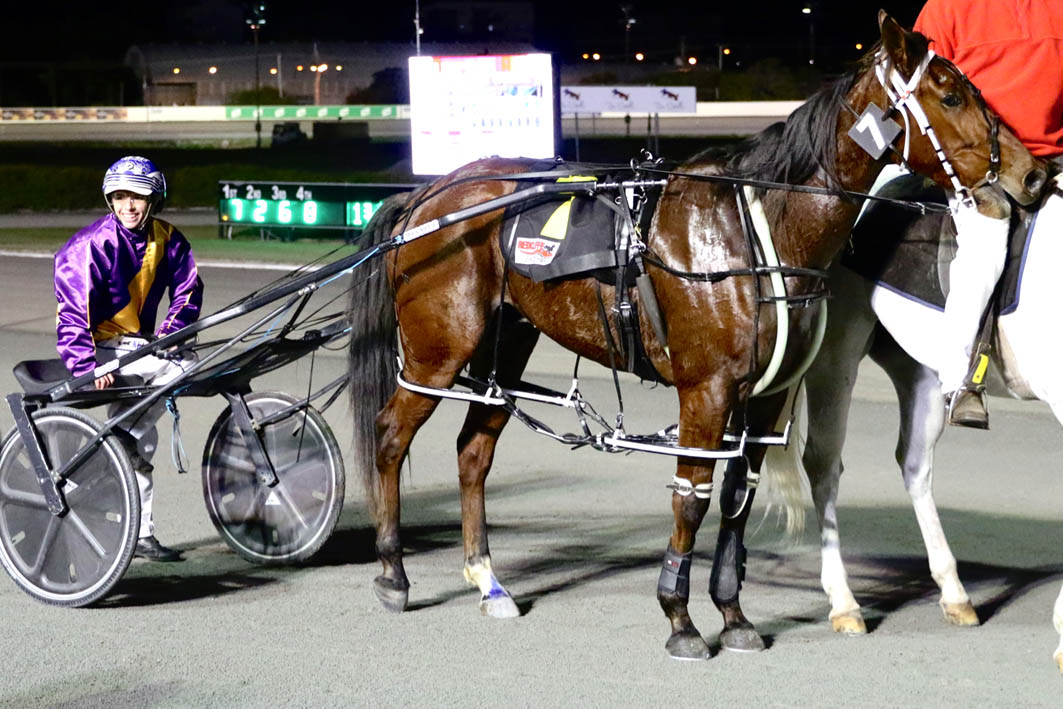 Group One win four decades in the making

HE’S only a freshman, but Manila Playboy’s Group One success was 40 years in the making! One of the most promising youngsters to come...

HE’S only a freshman, but Manila Playboy’s Group One success was 40 years in the making!

One of the most promising youngsters to come out of Queensland in recent years, Manila Playboy provided trainer Shane Fraser and driver Kellie Dawson with their maiden top shelf victories during the weekend.

Bred and owned by Fraser and his father Ian, the two-year-old only exists because of another pacer the family prepared during the early 1980s.

Foaled in 1978, Manila Lover Boy won 48 of his 161 starts, while also figuring among the placings on 35 occasions.

“Manila Lover Boy is the key to this whole thing,” Fraser said. “He was a top horse for us and only injuries held him back from reaching his full potential.

“Long story short, Manila Playboy’s grand dam is a sister to Manila Lover Boy and that’s the only reason we have him.

“He’s also the first one we’ve used Manila on since Lover Boy.”

Despite his wayward manners, which saw him missed the start from his inside of the second row draw, Manila Playboy was sent forward early to settle outside the leader Shes Miss Devine.

Proving too strong during the latter stages, the son of Pet Rock scored by a metre-and-a-half from the front runner, with Dynamic Dan a head away third in 1:57.3 over 1780 metres.

“That was the first time he’s been tested but he did it with ease,” Fraser said. “He played up at the start which adds credit to his win as he did a lot of extra work.

“He is so well put together, he has a great constitution and I can’t fault him…he’s the perfect horse.

“He’s won all his trials and should be unbeaten at the races too.

“The night he got beaten he went too quick into the turn and jumped out of his gear.”

To be given an easy week, Manila Playboy will then be readied for the Triad Series in late July.

“He’s pulled up a treat but I will back off on him for a few days then aim towards Triad at the end of July,” Fraser said.

Main piece of the totem pole?
Jack gets shot at launching US mare’s career...
Equal shares of excitement and nerves
Memories of horrific night pushed into the backgro...
About author