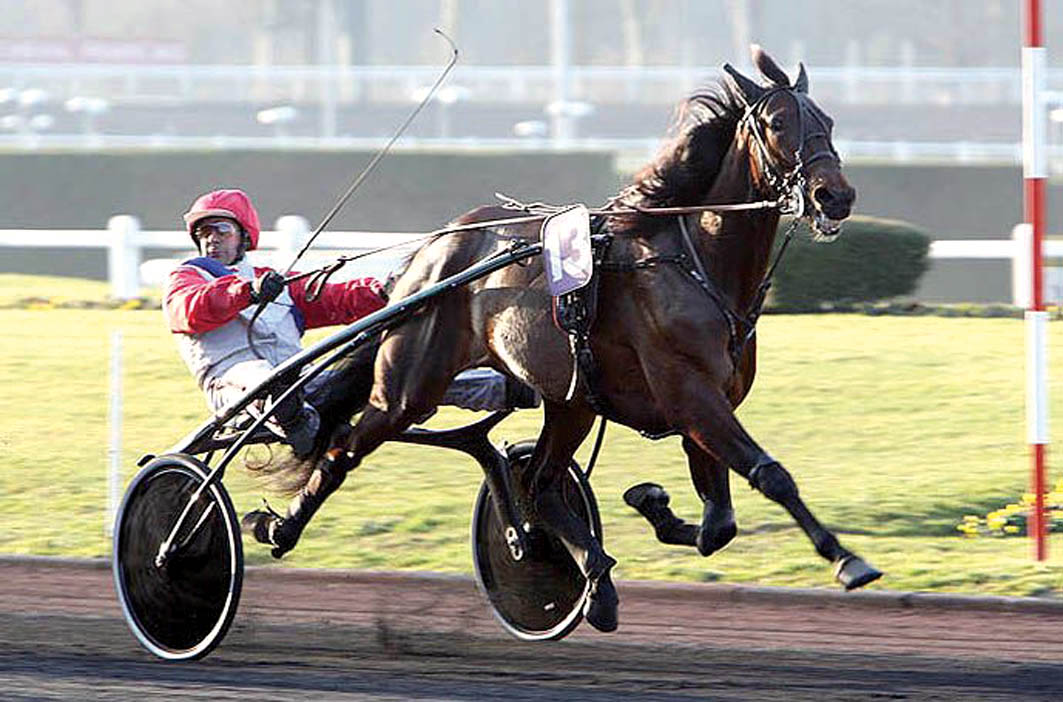 Australian filly the only one in the world

AN UNASSUMING victory at Tabcorp Park Melton yesterday is believed to be a world first. Bred as “an experiment”, Soundsofcash broke her maiden status...

AN UNASSUMING victory at Tabcorp Park Melton yesterday is believed to be a world first.

Bred as “an experiment”, Soundsofcash broke her maiden status at her third start for prominent trainer Anton Golino.

On the surface the win doesn’t equate to earth shattering news, however, Soundsofcash is far from ordinary.

In fact, the three-year-old is reported to be the only one of her kind in existence.

From former handy mare Sounds Alive, the youngster is by French stallion Ready Cash, which was a star on the track and is one of the most desirable trotting stallions in the world.

That’s what makes Soundsofcash unique – she is the only Ready Cash pacer on the planet!

“She is the only one in the world,” Golino said. “When Yabby Dam Farms first got the Ready Cash semen his owner Phillippe Allaire asked Pat (Driscoll) to breed him to a pacer as it was one of those things he would like to see.

“Pat was happy to do that and we ended up with this filly.

“She’s basically an experiment and has turned out pretty good.”

Driven by in-form reinsman Ryan Duffy, Soundsofcash was eased towards the tail of the field from barrier six as Lets Go Exclusive led from the pole.

Taken three-wide along the back straight, Soundsofcash sustained a strong sprint on her way to an impressive 16-metre win from Someglitzsomewhere, with Playful Miss three metres away third in 1:58.8 over 2240 metres.

“She was a little bit of a headache early, a bit wayward, but she can go,” Golino said. “Jack McKinnon, who works for us, has put a lot of time into her and done a great job.

“She had two really good trials leading into yesterday so I expected her to go as well as she did.”

In peak shape despite missing valuable hit out
It’s going to be tough, but Monarch is ready
Training or driving, Bartley has it covered
Hammer smashes rivals in Group Two
About author