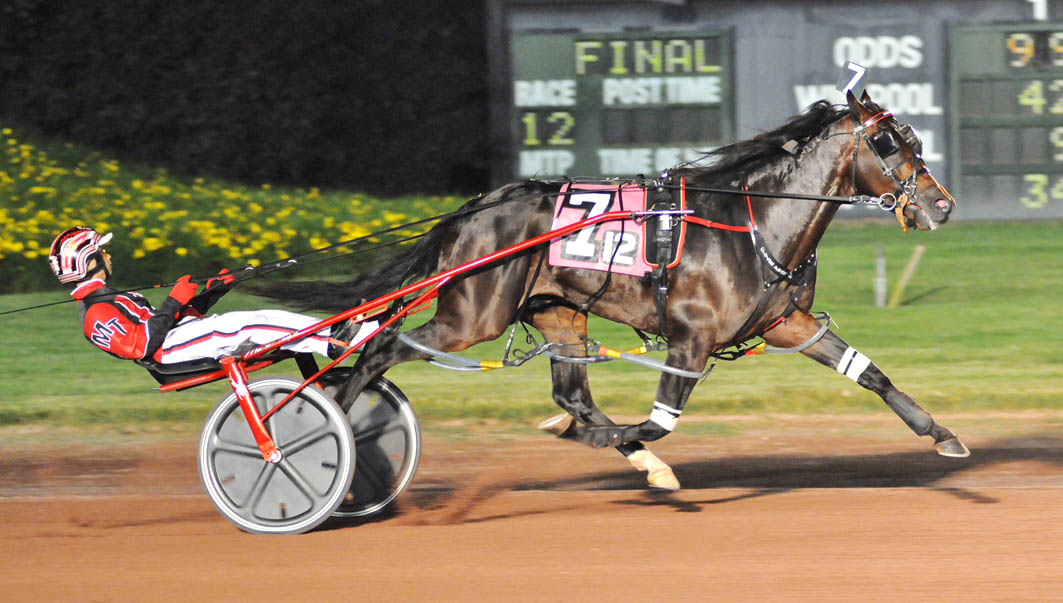 WOODLANDS Stud is proud to announce that the world’s fastest pacer Lather Up is set to join their imposing roster in the 2020/21 season....

WOODLANDS Stud is proud to announce that the world’s fastest pacer Lather Up is set to join their imposing roster in the 2020/21 season.

In a major coup for Australasian breeders the World Champion $1.9 million earner will shuttle from America to join Bettor’s Delight, American Ideal, Sweet Lou, Downbytheseaside, What The Hill and Speeding Spur.

Lather Up will be standing in Australia alongside star sire American Ideal at prominent Victorian farm Northern Rivers Equine. Woodlands Stud has enjoyed a very successful relationship with Dr Kath Mcintosh’s Kyabram base and with the arrival of the World’s fastest pacer this will continue in the 2020/21 season.

When he took his 1:46 world record he raced at the Meadowlands against 10 runners and won by open lengths against an incredible group – including six millionaires. He then backed that world record up the following week with his other world record, going 1:59.2 over a mile and an eighth pacing his first mile in 1:46.3.

His sire, I’m Gorgeous by Bettor’s Delight, was among the top colts of his year winning a heat of the little brown jug in 1:50.4 and finished a close second to ‘Horse Of The Year’ Rock N Roll Heaven in the $410,000 final. He has a tremendous maternal line as well, with his super dam being one of the best producers by In The Pocket, leaving 9 significant winners, 5 of them in under 1:51.

His pedigree combines two of the greatest producing sires ever down under in Bettor’s Delight and In The Pocket but they are far enough removed to be able to be bred to almost all mares across Australasia.

His book is full and closed in America for his first season as a sire and with his speed, conformation, gait, looks and pedigree he is set to make his mark on the Australasian harness racing industry too.

Lather Up will be available via fresh, chilled semen throughout Australasia and his 2020/21 service fee will be $6000 + GST in New Zealand and $6600 GST Inc in Australia, with discounts available.