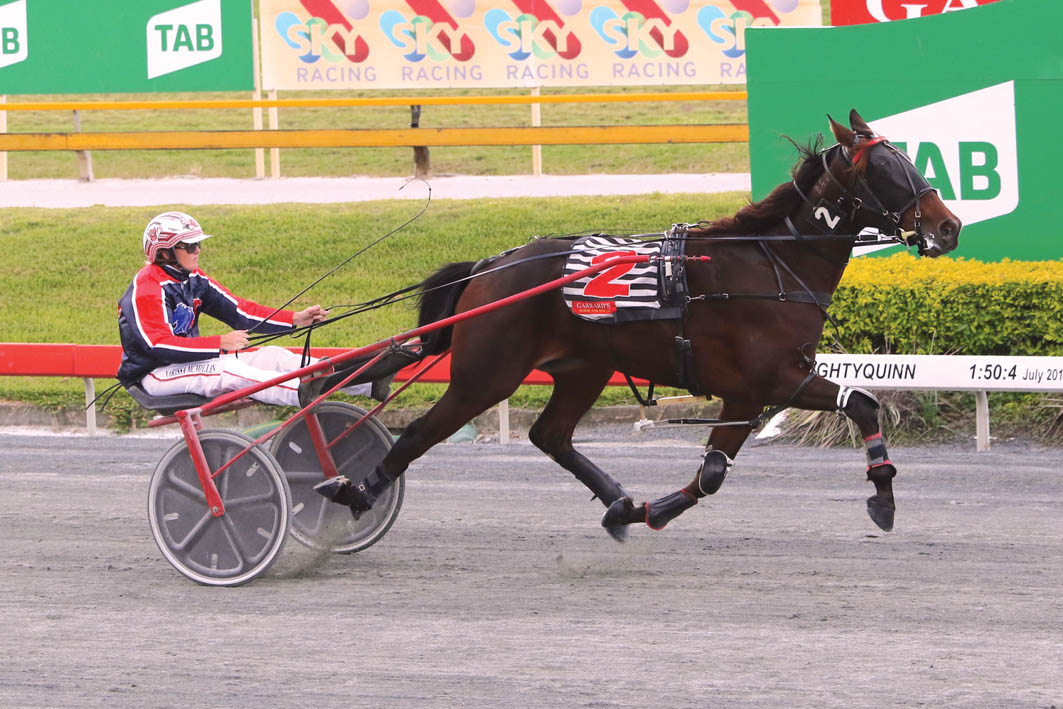 FRESH from his victory at Albion Park last night, Garland Greene will back-up at the same venue on Tuesday. Racing in career-best form, Garland...

FRESH from his victory at Albion Park last night, Garland Greene will back-up at the same venue on Tuesday.

Racing in career-best form, Garland Greene will begin from barrier four in what represents a drop in class for the Stephen Cini-trained gelding.

Thrilled with Garland Greene’s progress, Cini is positive the son of Julius Caesar can claim his second win in three days.

“I couldn’t be happier with the way he is going,” Cini said. “He’s won four of his last five starts and is feeling like a monster at the moment.

“He’s pulled up a treat this morning and should have no trouble going again on Tuesday.

“After that he won’t race for a couple of weeks and then I get him going again.”

Driven by Narissa McMullen during his latest triumph, Garland Greene began quickly to find the pegs from barrier two but was unable to hold out Greg The Great which led from gate three.

Angled away from the pegs to work to the front during the middle stages, the trotter was then forced to dig deep along the home straight to stave off a determined Our Overanova to win by a neck.

Justabitnoisy was two metres away third.

“He’s a pretty handy horse which is in a real purple patch,” Cini said.

Rating 1:59.2 over 2138 metres, the five-year-old was the closing leg of a treble for Cini who prepared The Money Ball and Mymatepog to score earlier on the card.

The Money Ball and Mymatepog were also driven by McMullen.

“The Money Ball has been running honest races and just needed a bit of luck which he got with a good cart into the race,” Cini said.

“Mymatepog had his first start for me, but he had trialled well the Tuesday before so I knew was ready to run a descent race.”

Remarkable interstate record to be extended
Preview: Menangle September 12
Trainer happy to pull the wrong rein
Leading the way for a great cause
About author