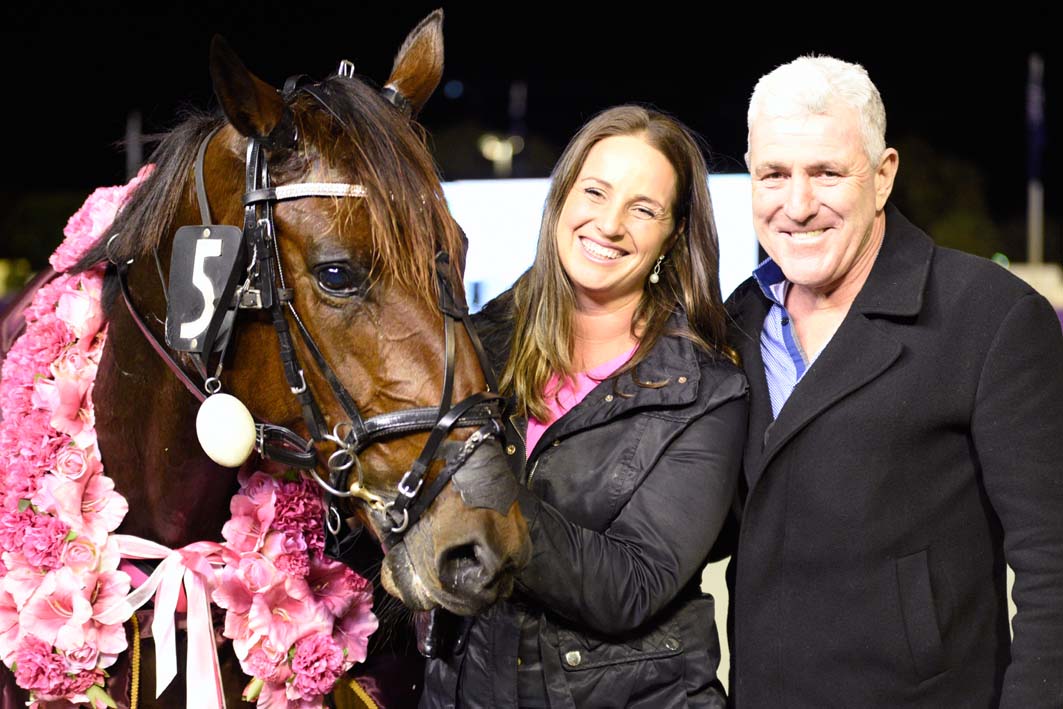 BOOM youngster Jett Star will be kept fresh ahead of another feature race target. An impressive winner of last night’s Pearl Classic at Gloucester...

BOOM youngster Jett Star will be kept fresh ahead of another feature race target.

An impressive winner of last night’s Pearl Classic at Gloucester Park, the undefeated son of Bettors Delight has been aimed at the Golden Slipper.

Co-trainer Greg Bond, who prepares his team with his wife Skye, revealed the $100,000 event is Jett Star’s next mission.

Scheduled to be conducted on July 10, the Group One will also be Jett Star’s fifth and last outing for the season.

“The Golden Slipper in four weeks will be next for him,” Bond said. “I doubt he will race again before then.

“Depending on how well he does between now and then we may give him a start somewhere, but at this stage he will go into the Slipper fresh.

“He’s done everything that can be expected of him at this point and the Slipper will see him out this preparation.”

Driven by Ryan Warwick during his latest triumph Jett Star was settle midfield from his second row draw as Pinny Tiger set the pace before being eased to take a trail behind Lavra Joe.

Angled three-wide without cover at the bell, Jett Star sustained a powerful sprint to score by three metres from Lavra Joe, with Carabao 12 metres away third in 1:56 over 2130 metres.

“He’s done plenty of work and still proved too good,” Bond said. “Ryan said he was doing well up the straight and was more than happy with the way he found the line.

“He is one of the yearlings we bought in New Zealand and he’s turning out to be a very nice buy.”

Jack’s keen to put that horror night behind ...
Ego’s aside . . . McCarthy’s just too good for the...
Success comes at a cost
Round one was no contest – now for round two...
About author