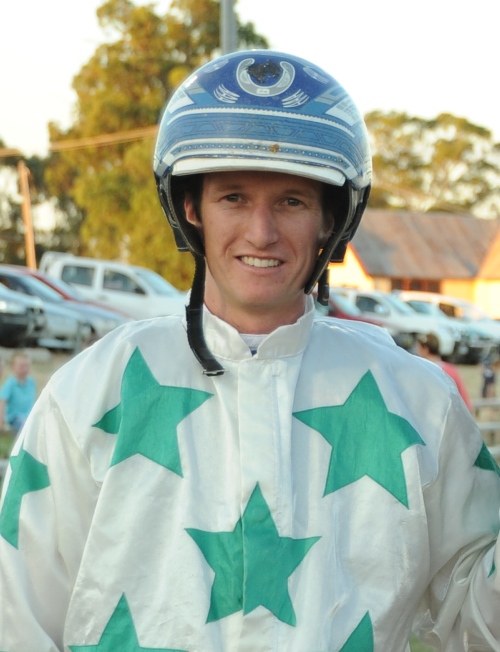 Premiership title is heading his way

blake jones5 riverina10
SITTING at the top of the table in the Riverina driving ranks for the fourth consecutive season, Coleambally-based reinsman Blake Jones is well on... 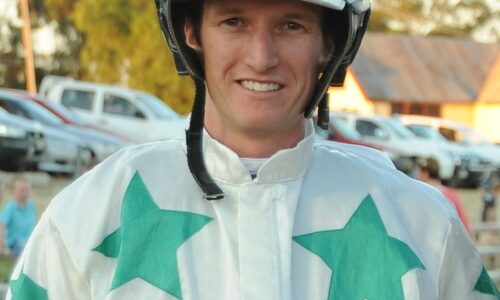 SITTING at the top of the table in the Riverina driving ranks for the fourth consecutive season, Coleambally-based reinsman Blake Jones is well on his way to claiming yet another south western region premiership.

Dubbed “the Riverina Wizard”, Jones is riding on the crest of a wave after landing a wining double at Leeton on Tuesday night.

And the talented horseman will be looking to maintain that rich vein of form this afternoon at Wagga.

The freelance reinsman has secured six drives on the eight-race program and again looks likely to find his way into the winners’ circle, something he is very familiar with.

But Jones concedes that while many of his winners do come from outside stables, his best chances of success this afternoon are aboard horses that he co-trains with his partner Ellen Bartley.

“The two horses that I am driving for Ellen do look to be my best chances for sure,” he said.

“We are having a good run of late which is great, repaying the wonderful band of owners that we have backing us up.”

Blake and Ellen combine with Last Walk in the Riverina Asbestos Removal Pace (Race 7) who has drawn gate 10 over the 1740-metre trip.

The gelding has performed well since joining Bartley’s team, winning at Wagga two starts back, rating a smart 1.54.9 which was followed by a close fourth on June 5 and Jones is confident that Last Walk will be charging home late.

“Ellen has been really happy with him since he joined the stable in April and I am hoping to be a bit closer to the action than I was last week,” said Jones.

Consistent gelding, A Kerry Man is well in the market for the TAB Long May We Play Pace (Race 8) but Jones has some reservations, uncertain of where he will end up early in the race as there is plenty of speed all around him.

Still, the 2270m journey at Wagga does test some horses which may play in A Kerry Man’s favour.

“This fellow has had very little luck with draws but if he can secure a spot up near the pacesetters and the speed is on,  I think he will be hard to hold out,” said Jones.

Stablemate Brooklyns Best shapes as the main danger, despite her finishing at the tail of the field at her previous two outings.