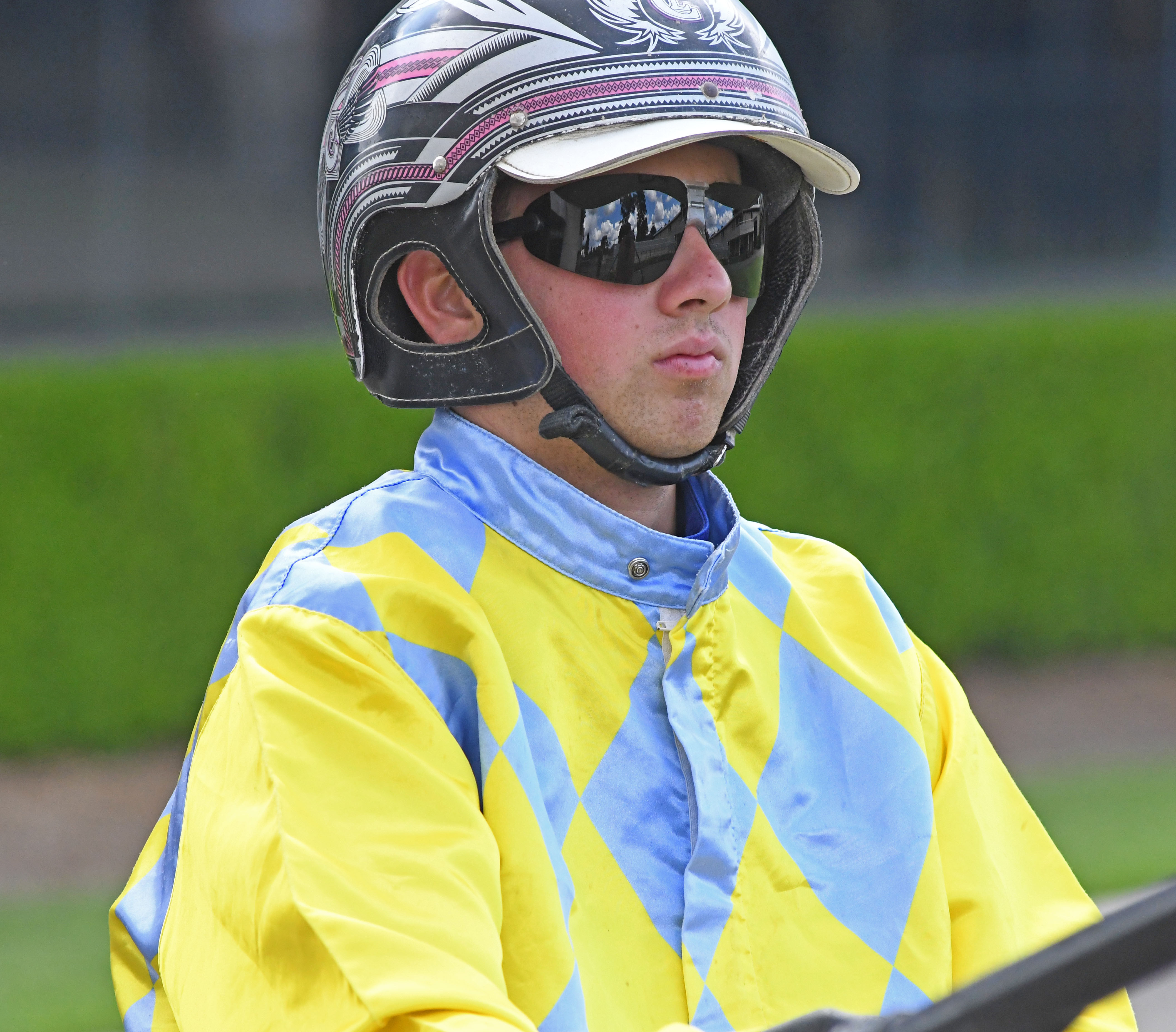 Cain steps up to the ‘plate’

Arguably, Cross is boasting the strongest team that he has trained since moving to Cobbity in Sydney’s south and combining with his regular driver Luke McCarthy, the pair becoming a formidable force, particularly in the metropolitan area.

Adding another string to Cross’s bow among a very dedicated team, who work tirelessly behind the scenes, is former Queenslander, Leonard Cain, a young man who is seizing his chances to make a name for himself as a reinsman.

Rated very highly amongst his peers in the industry who predict a promising future for him, Cain has driven more than 230 winners in a relatively short career which began in Queensland before he made the move to New South Wales about 14 months ago to join the Menangle barn of highly regarded mentor, Noel Daley, who himself had moved to Sydney from the United States.

Yet Daley’s time back in Australia was short-lived before returning to the US, which left Cain in a dilemma.

But as fate would have it, his career was given a lifeline when he was snatched up by Cross and McCarthy.

“I am loving it here in Sydney, the racing is very competitive and I’m very privileged to be given the opportunity to drive some nice horses, picking up winners along the way,” said Cain.

“Craig and Luke are great to work for, their team is going really well, it gives me confidence when I go out in a race.”

Tonight, Cain has three drives at Penrith for the Cross juggernaut and based on their recent form, all would appear to be winning chances.

Longnwindingroad, a recent Menangle placegetter will contest the TAB Long May We Play Pace (Race 2) and Cain believes he will be hard to hold out, with the right run.

Bettor Robyn (Race 3) will start a short-priced favourite and if she can reproduce her last start effort when she finished third in the TAB Metropolitan Region Championship Final behind Wolf Stride, she will take a power of beating.

The TAB Odds & Evens Pace (Race 4) has drawn together an evenly-graded field over the 1720m trip and Cross and Cain combine with Imfeelingit, a gelding that is also quite capable of winning.

Young talent getting a chance to shine
Perfect warm-up for the Breeders Challenge
He’s proving a ‘Jack’ of all tra...
He’d love a few more Star Writers
About author