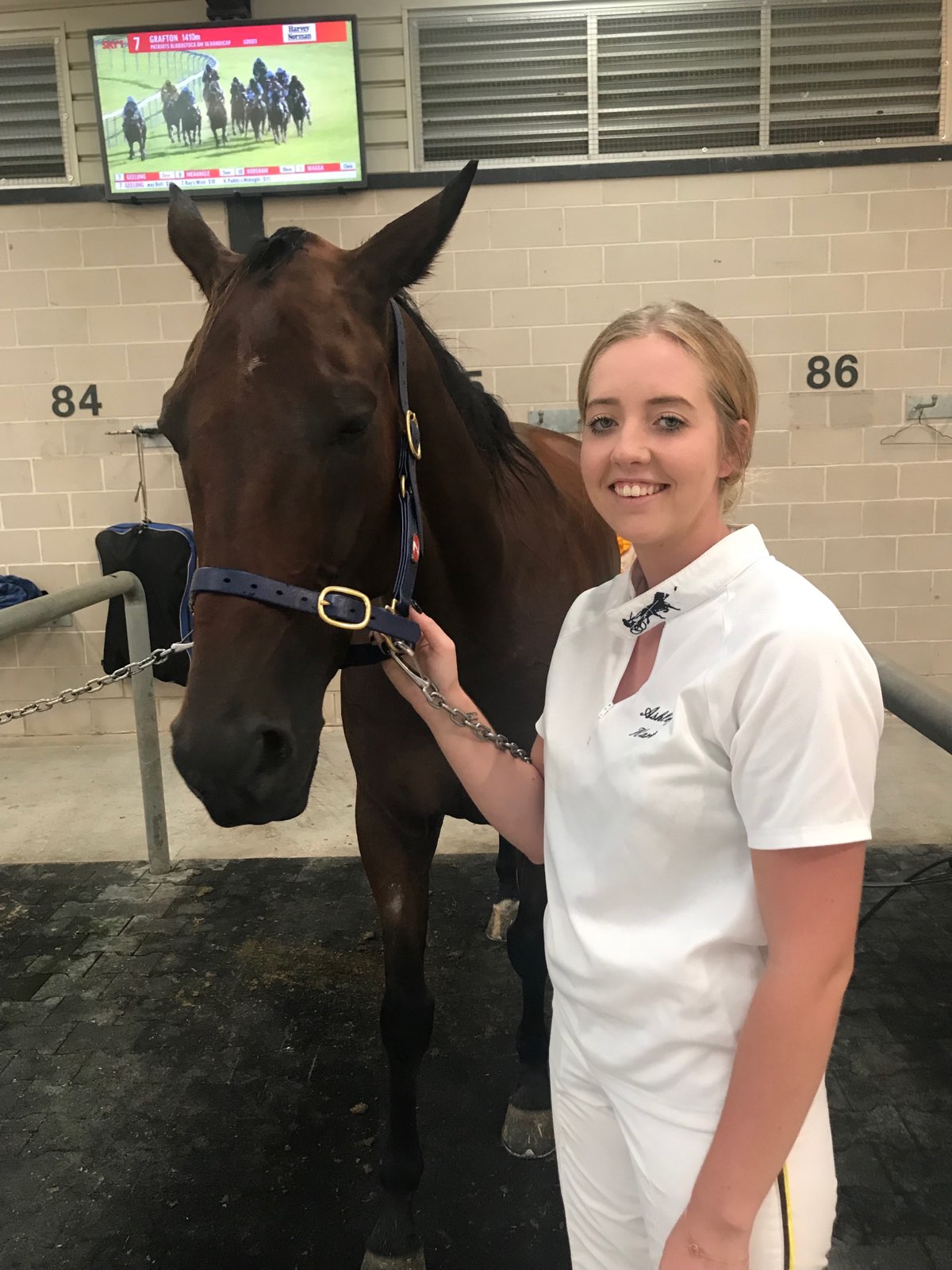 HARD WORKER: Ash Hart gets her shot at success at Penrith tonight.

Anthony Butt4 Penrith18
WITH more than 40 horses in work at his Menangle base, former New Zealand horseman Anthony Butt is arguably one of the hardest-working trainers...

WITH more than 40 horses in work at his Menangle base, former New Zealand horseman Anthony Butt is arguably one of the hardest-working trainers in New South Wales.

And most of the horses in the stable which commonly have the word “Stride” in their name are owned by prominent owners, Sydney businessman Emilio Rosati and his wife Mary.

The only horse in the barn that is not Rosati owned is the promising four- year-old Make Way, an entire that is trained by Butt’s fiancé Sonya Smith.

Butt has built up an imposing strike rate in the Sydney metropolitan area since racing was regionalised six weeks ago, sweeping all before him.

Boom three-year-old square-gaiter Elite Stride has been the star of the stable, taking out three feature races including the Gold Coronet, the NSW Trotters Derby and the HRNSW 3yo Trotters Foundation Final.

This followed the success of his other star three-year-olds, NSW Derby winner Line Up and runner-up Perfect Stride, both of whom will be aimed at other feature races later in the season.

Tonight, Butt will head to Penrith where he has three genuine winning chances.

The stable will make a two-pronged attack on the TAB Long May We Play Pace (Race 3) with Always A Stride and Kiavino Stride.

Butt has opted to use junior drivers to better place the pair and is confident they can fight out the finish, high in praise of the talents of both Ash Hart, an employee of his stable, and his nephew, Riley Butt.

“I had no hesitation putting these kids on the horses,” said Butt.

“They are both very talented drivers with bright futures.

“Both horses have drawn well and are in great form, which points towards them being hard to beat.”

Falcon Stride is the third runner for the stable and Anthony will take the reins behind the gelding himself in Race 4.

“I am little cautious of his wide draw (gate six) and also whether he will be able to handle the smaller track,” said Butt.

“All his previous runs have been on bigger tracks.

“But in saying that he is going well, and I was pleased with his last-start win at Menangle.”

Penrith bracing for a Cross onslaught
Where there’s a ‘Will’ thereR...
Cain steps up to the ‘plate’
Jason gunning for a treble
About author