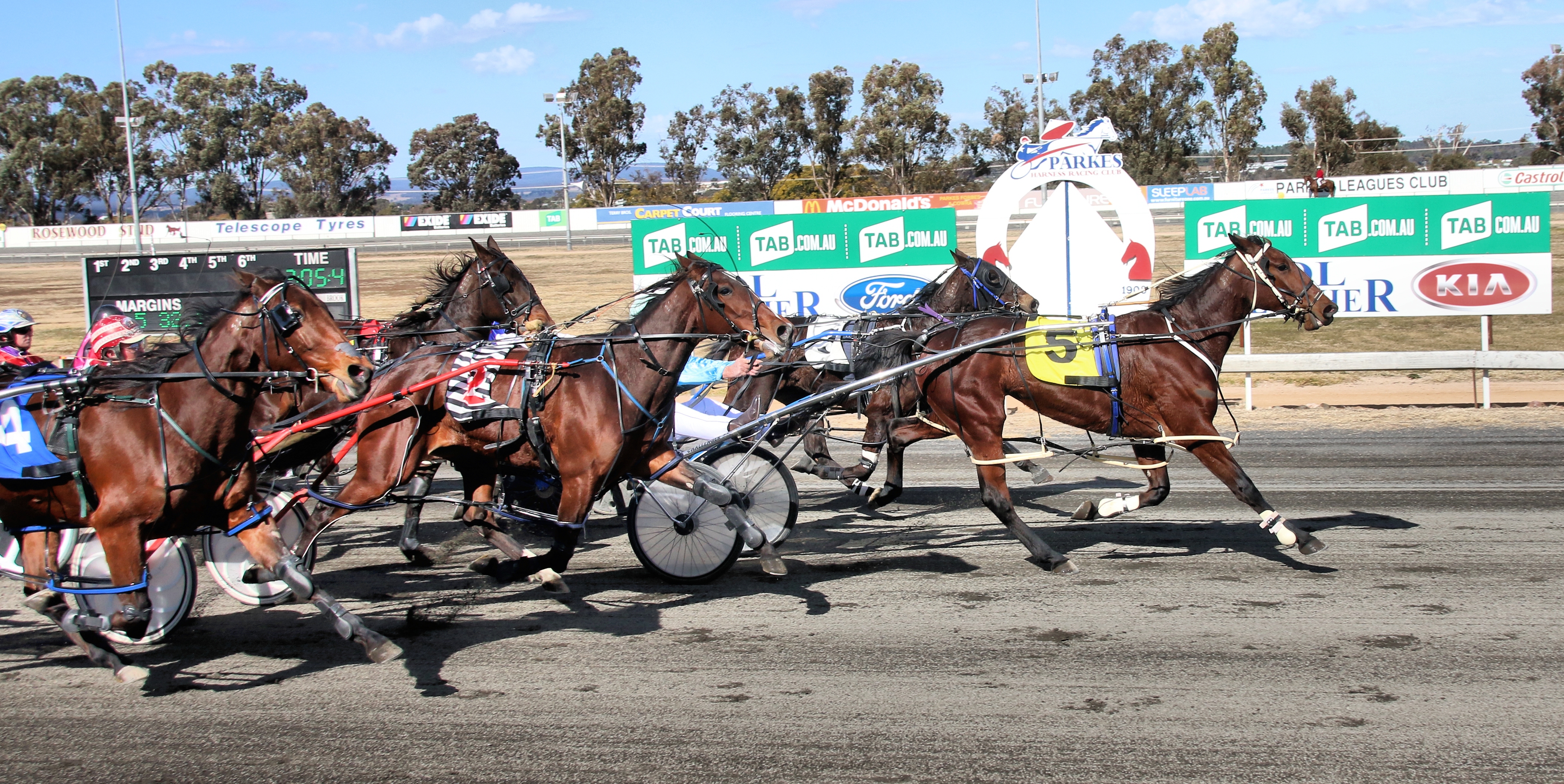 Patrons back on course later this week

Hutchings1 Parkes9
AFTER what has been a tough and trying period for harness racing following the onset of the Coronavirus Pandemic, the regional boundaries are beginning...

AFTER what has been a tough and trying period for harness racing following the onset of the Coronavirus Pandemic, the regional boundaries are beginning to come down this month in what will be a three-stage approach throughout New South Wales.

Harness Racing New South Wales CEO, John Dumesny said the Board and administration would work closely with the State Government and its health department to ensure that all the necessary protocols were maintained to keep everyone attending race meetings ‘Covid safe’.

When you consider the tough lockdown measures that were put in place across the nation in all walks of life, it is amazing that racing was able to continue in all three codes which, in turn, has kept thousands of people employed.

And it has been a Herculean effort by staff of the clubs that have hosted race meetings in the regions, including Tabcorp Park Menangle, Penrith, Newcastle, Tamworth, Bathurst and Wagga.

One interesting statistic that Dumesny pointed out was that during the period of regionalised racing, the winners have come from different stables at many of the race meetings, ensuring that prizemoney had been broadly shared among participants.

Last week, with the opening of many licensed venues, both the Penrith and Menangle tracks have been able to have patrons on course due to them having registered country clubs.

Next Wednesday night, Bathurst will be the first club to have patrons on course, with preference given to owners and members.

With the rolling back of the regionalisation measures, horses trained outside the metropolitan area of Sydney will be able to return to Tabcorp Park Menangle, particularly the better-class pacers.

This afternoon, Parkes Harness Racing Club will mark another milestone in the stages to have the sport back up and running in regional centres.

Leeton will follow Parkes by running a six-race program on Tuesday night while Dubbo and Young are scheduled to race the following week.

Seven evenly-graded fields have been assembled for today’s Parkes meeting with horses from a number of centres throughout the Western District participating.

Local trainer Malcolm Hutchings and his son Brett have been meeting with good success at Bathurst, but the travelling has been tiring as they have often made the 300 kilometre round trip twice a week since Parkes and Dubbo ceased racing in April.

They have six horses engaged at today’s meeting and are hoping to put to be able to use their home-track advantage.

Only the ‘King’ will be missing at Par...
Turning unwanted horses into winners
There’s an Angel in the outfield
From a coma to a harness hero
About author