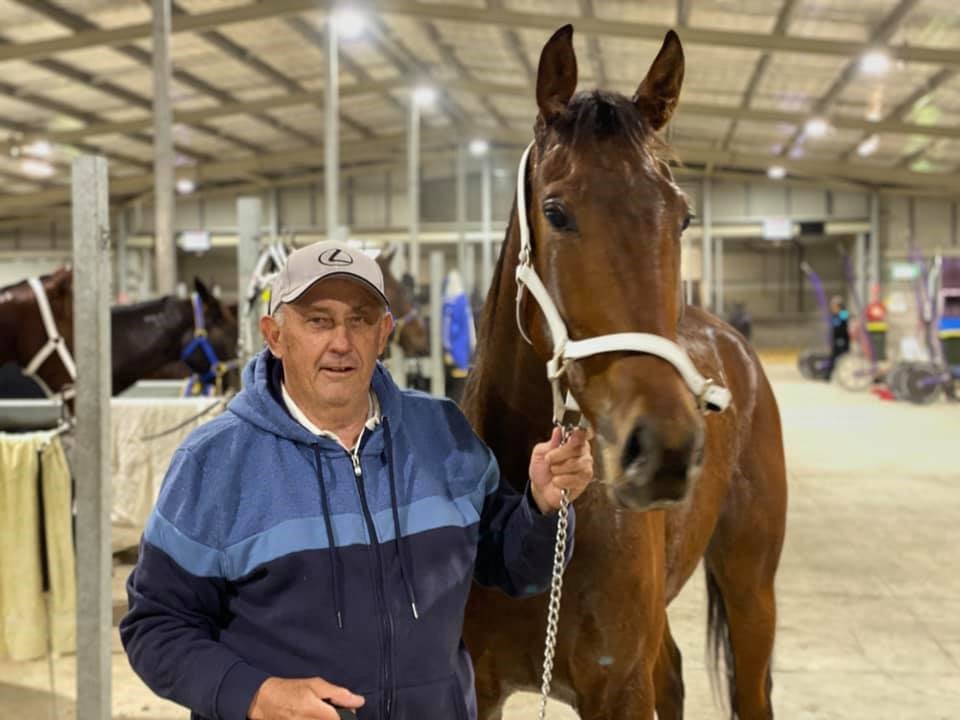 Boserio3
A COUNTRY trainer notching 150 winners is always newsworthy. So, it was a special moment from veteran trainer John Boserio on Wednesday night at...

So, it was a special moment from veteran trainer John Boserio on Wednesday night at Bathurst when Holy Camp Dillon gave him his 150th career victory.

Driven by the in-form Anthony Frisby, the three-year-old gelding made good use of his barrier one draw, holding the front easily before going on to score an all-the-way win.

This victory brought up three wins in a row for Holy Camp Dillon and Frisby, as well as the gelding’s fastest winning mile rate.

Frisby was able to secure a driving double for the night, winning later in the program aboard Aphorism for his father Chris.

Able to secure a cosy trip behind stablemate Holy Camp Clive, the five-year-old proved too good in the run to line, scoring by a healthy 5.5 metres.

Holy Camp Clive (Phoebe Betts_ was able to hold on for second place, which gave Chris the quinella.

Meanwhile, trainer Ashlee Grives also notched up a double for the night, courtesy of Life Lavros and Glamour Fox.

Beginning from barrier one on the second line, Life Lavros finiched up three-back along the marker pegs.

With quick last half run, the gelding was able to work away from the fence into clear running and sprint away to win comfortably by 10.4m.

Grives’ other winner Glamour Fox was also three-back along the pegs throughout the run.

The two-year-old was able to take all the short-cuts and win by a neck, over the Steve Turnbull-trained and driven Drive To The Beach.

Turnbull also scored a training and driving victory earlier in the night, with Mac Stubborn finding the front and proving too hard for rivals to run down in the Barkers Butchery Pace.

Of the rest, Nathan Hurst and Angela Hedges combined to win with Tulhurst Terror and Wendy and Emma Turnbull took out the Harness Trading Ring Pace with Lucky Nutter.

Boserio nearing a magical mark
It’s no ‘Mistery’, it’s a ...
About author