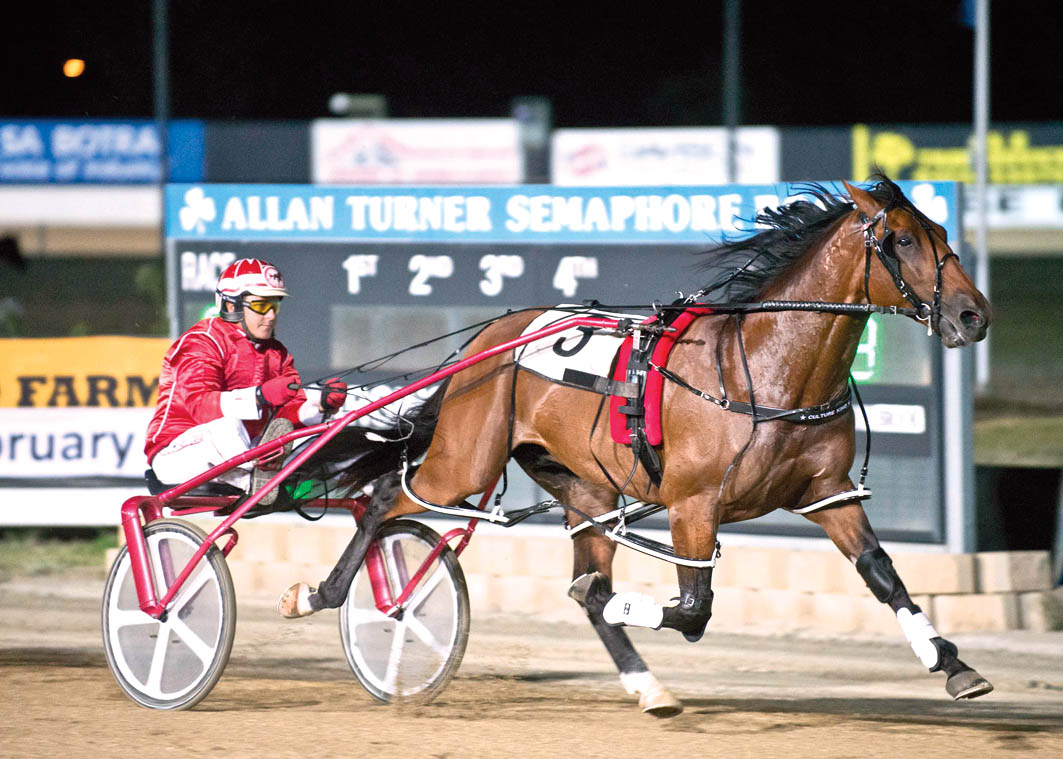 Can King reign against tough foes?

SOUTH Australian horseman Paul Cavallaro will be a nervous onlooker at Club Menangle on Saturday night. Traditionally the man responsible for a horse’s preparation,...

SOUTH Australian horseman Paul Cavallaro will be a nervous onlooker at Club Menangle on Saturday night.

Traditionally the man responsible for a horse’s preparation, Cavallaro will be a mere observer when Culture King heads to the world class venue.

Joining Cavallaro’s stable when purchased from New South Wales as a two-year-old, Culture King was transferred back to his state of origin to be primed by prominent horseman Craig Cross last month.

Making a winning debut for Cross on January 19, Culture King is set to contest the Paleface Adios Stake.

To Cavallaro’s delight, the son of Art Major has drawn the pole in what is a “major step up in class”.

Cavallaro is part of a large syndicate which owns the four-year-old.

“I couldn’t be happier with his draw,” Cavallaro said. “If I could have chosen a draw it would have been one or two.

“He really gets his chance from the draw and should be able to settle into a good position early.

“Craig is really happy with his work and said he has improved since his last run, but he would want to as this is a major step up in class.”

Citing Hurricane Harley as the one to beat, Cavallaro expects Out To Play to make his presence felt.

Stewart’s partner Clayton Tonkin trains Out To Play, which is the $6.50 third elect from gate eight.

“Hurricane Harley is proven at this level and has drawn to make him the one to beat,” Cavallaro said. “Out To Play’s run was huge at Globe Derby last weekend in what was a glorified trial first-up for six months.

“He’s also proven himself against the best of his age last season and has to be considered a big player in this.

“We’ve got the right draw and hopefully can make the most of it.”