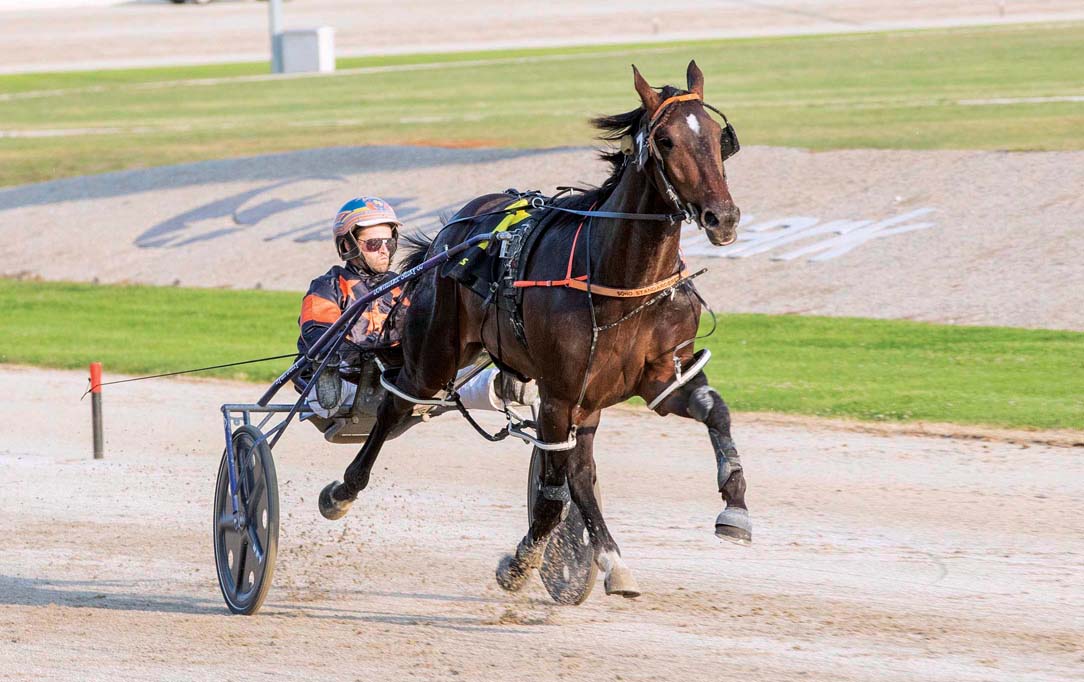 DEBUTANTE Soho Lanikai produced a phenomenal performance at Tabcorp Park Melton during the weekend. Given time to settle into his stride from barrier six,...

Given time to settle into his stride from barrier six, Soho Lanikai worked in the ‘death seat’ before striding clear of the pack along the back straight.

With Ryan Duffy sitting motionless in the cart, the son of Somebeachsomewhere strolled to a 65-metre win from the previously unbeaten Ultimate Exclusive, with Im Lady Madeleine a short half-head away third.

If the margin wasn’t impressive enough, Soho Lanikai rated 1:54 for the 1720-metre trip.

“I wasn’t expecting him to go like that,” trainer Michael Staney said. “We know he has plenty of ability and thought he would win, but just not the way he did.

“In his trial he was still a little wayward but not in his race…he was a lot more switched on.

“The benefit he got out of the trial and improvement he has made is huge.”

With the two-year-old eligible for several majors, Stanley is yet to decide if the Australian Pacing Gold purchase will head interstate or be restricted to Victorian-based targets.

“He is eligible for the Bathurst Gold Crown, but I’m not sure if he will go in that,” Stanley said.

“It is a good race for him, but he is also in the APG which is in Melton so he may be kept fresh for that.

“Bathurst heats are on in a couple of weeks, so I will see how he pulls up over the next couple of days and make a decision from there.”

Ready to continue impressive form
It’s another ‘Famous Five’ for I...
Another prestigious title for star colt
This one’s extra special for Mat
About author