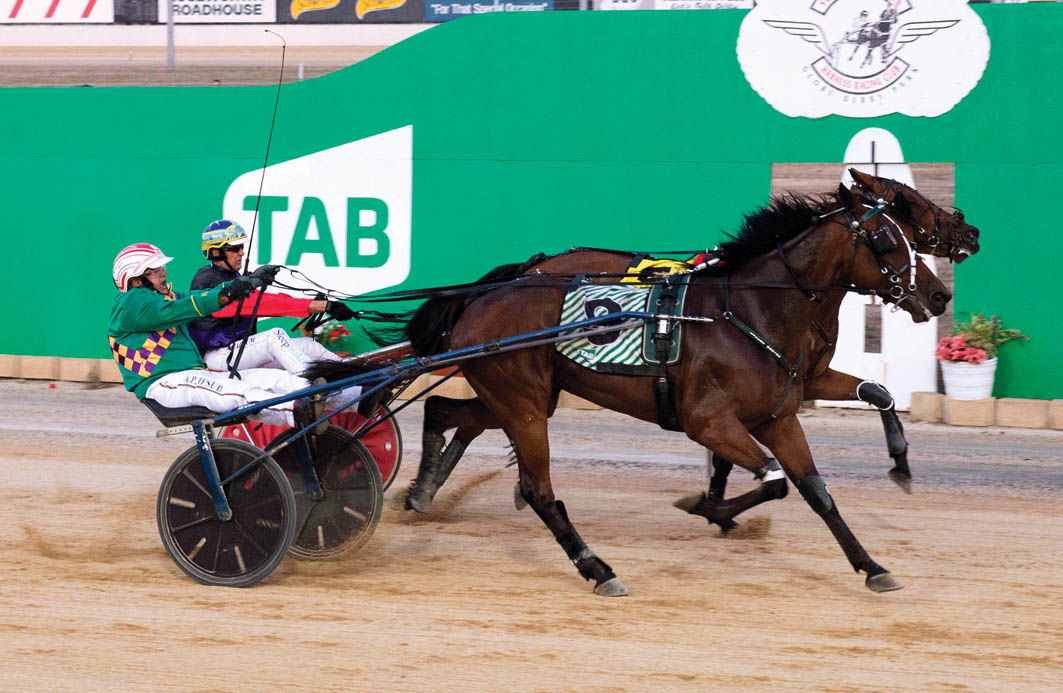 IT WAS an emotional Austin Mifsud who addressed the strong crowd after winning last night’s South Australia Trotters’ Cup at Globe Derby.

“I asked Brent to find me a good trotter a while ago and he got this one for us,” Mifsud said. “I cannot thank Brent enough for getting him and doing a wonderful job training him.

“My wife Julie loves coming to the races but hasn’t been too well lately and our son Willie is at home with her.

“Julie and Willie share ownership in this horse so to win such a nice race for them is very special.”

Beginning well from the second line, Izmok was caught facing the breeze as Kitsilano worked to the lead from the front row.

With Illawong Patrick galloping behind the leader at the bell, Izmok was angled onto the pegs in what proved a winning move.

Taken three-wide turning for home, Izmok grabbed the front in the last stride to score by a half-neck from The Penny Drops, with Kitsilano 18-and-a-half metres away third.

“He’s a nice trotter which should keep getting better,” Lilley said. “He’s won his two starts for us and is still improving.

“With this season under his belt you will see a better horse in 12 months time.

“I’ll take him home and give him a couple of days off before looking at some of the country cups with him.”