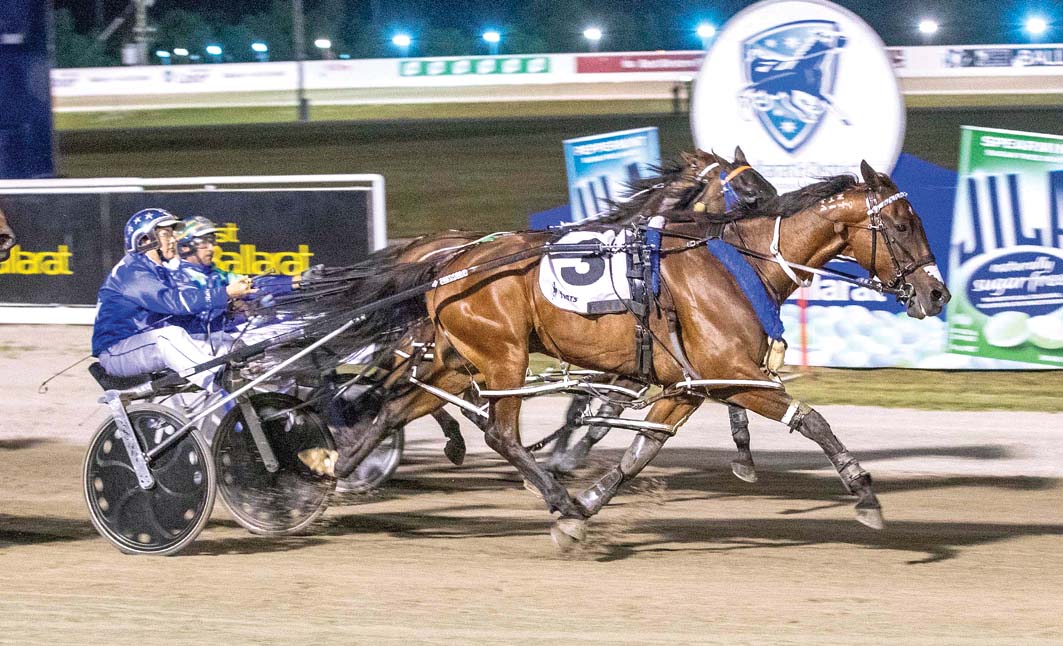 POWER couple Mark Purdon and Natalie Rasmussen are back in a bid to continue their dominance. The New Zealand-based duo have arrived in Victoria...

POWER couple Mark Purdon and Natalie Rasmussen are back in a bid to continue their dominance.

The New Zealand-based duo have arrived in Victoria with a strong team, including Chase Auckland and Self Assured, which are set to contest Saturday night’s Ballarat Cup.

Known as the All Stars Stable, the pair have won the last four editions of the Cup, beginning with Smolda, which was successful in 2016 and ’17.

In doing so Smolda became the first pacer to complete consecutive wins in the Group One.

Former star Sinbad Bay is the only other dual winner, having scored in 1991 and ’96.

Purdon and Rasmussen were then triumphant with Heaven Rocks in 2018 and Thefixer last year.

Purdon also trained and drove Highview Tommy to victory in 2012.

“We have had quite a bit of success when going to Ballarat during the past few years,” Purdon said.

“We always enjoy heading over for the Summer Carnival in Victoria and the Ballarat Cup is a race we try to have a runner in.

“With a bit of luck we’ll have another good night on the weekend.”

To be driven by Rasmussen, Chase Auckland has fared better of the stablemates in barrier five, with the son of Auckland Reactor to slot into four with the removal of the emergency.

An impressive winner in Cambridge last Friday night, Chase Auckland is on the third line of betting at $5 with TAB Fixed Odds.

Despite his second row draw Self Assured heads the market at $2.60.

The Storm Inside is considered the best of the locals at $6 from gate two.

The Australian Pacing Gold graduate is one of four Emma Stewart-trained runners in the field.

“We are very happy with the way the horses have settled in here,” Purdon said. “They’re relaxed, eating and drinking well.

“We worked them this morning and they’re feeling fine and will be ready to go on the night.”