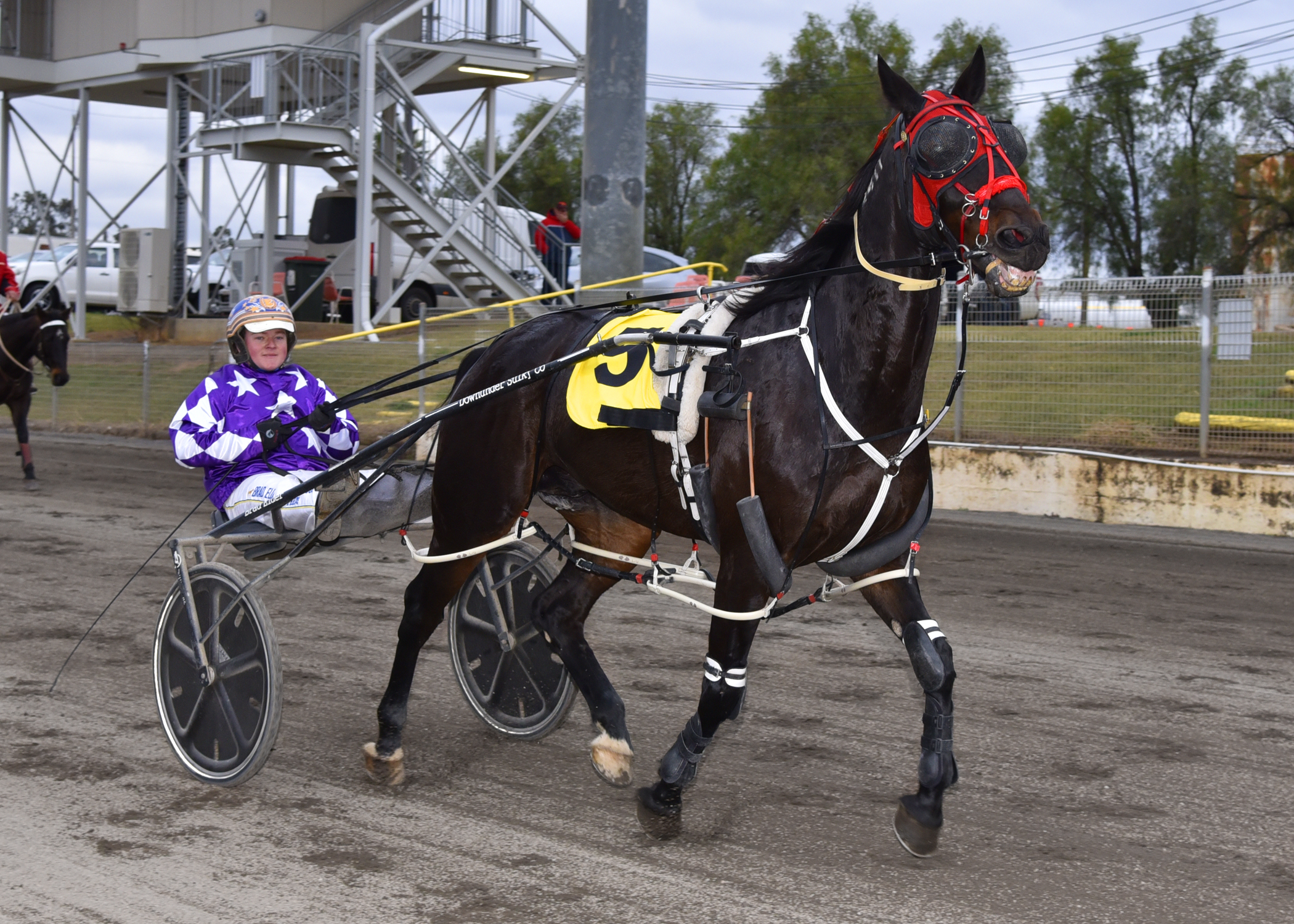 Brad Elder6 Tamworth26
WHEN Maitland reinsman Brad Elder competes at the Tamworth harness meeting this afternoon he’ll be a man on a mission. After outdriving his junior...

WHEN Maitland reinsman Brad Elder competes at the Tamworth harness meeting this afternoon he’ll be a man on a mission.

After outdriving his junior driver’s claim in 2019 Elder continues to notch up the victories and will be heading to Tamworth today with seven drives on the eight-race program.

At last week’s Tamworth meeting Elder won half the card with four winning drives on the eight-race program and is aiming for higher today.

Brad Elder is just five winning drives off achieving 400 career wins as a reinsman, something the young reinsman is proud of, along with his affinity with the Tamworth Paceway.

“I like going to Tamworth – I get a bit of luck there,” he said.

“I was expecting a big day on the track last Thursday but not four winners.

“I just felt I had some good chances.”

“The horse had to do a bit of work early to find the lead and then he went away from them,” said Elder after winning the West Diggers Pace.

Our Roys Dream went on for a 10.5m win over Pebble Rock (Caitlin McElhinney) with Savannahs Boy (Sarah Rushbrook) 1.8m away third.

If Brad Elder was to drive five winners on the card today at Paceway Tamworth, he would join reinsmen Tom Ison and Blake Hughes, who have both secured the title of driving five winners at the one meeting at Tamworth.

“I was doing my best to join the boys, but just fell a bit short last week,” said Elder.

“But when you’re on a run and everything goes your way, it should work out.

“It is certainly not easy to drive four or five winners on a program.

“I have done it once [four winners] at Tamworth and once at Newcastle, back in 2019.”

Since driving the four at Tamworth last week – for four individual trainers – in Magic Shoos for Stacie Elliott, Ark for Richard Williams and Datizit for the Greg Coney stables, Elder finished off his weekend with eight winners from 17 drives.

He then landed a driving double at Newcastle last Friday night, followed by a second double at Maitland on Monday afternoon.

Elder has four drives for the Richard Williams stables at Tamworth today, including Ark, who was a winner last meeting for Elder.

“I have had a bit of luck for Richie (Williams),” said Elder.

“He does a good job with the horses and places them well.”

Elder also partners Bella Bronskie for the Williams stables, who will be backing up from a win at Maitland on Monday afternoon.

He will also take the reins behind last-start winner at Tamworth from the Greg Coney stables in Datizit.

“I thought it was a good win last week by Datizit, but he will be up against stablemate Britney Jane so it will be whoever gets the better trip,” he said.

Britney Jane comes into the race off a last-start win at Maitland on Monday clocking a mile rate of 1.57.3 for 2044 metres.

Impressive for a self-confessed “battler”.