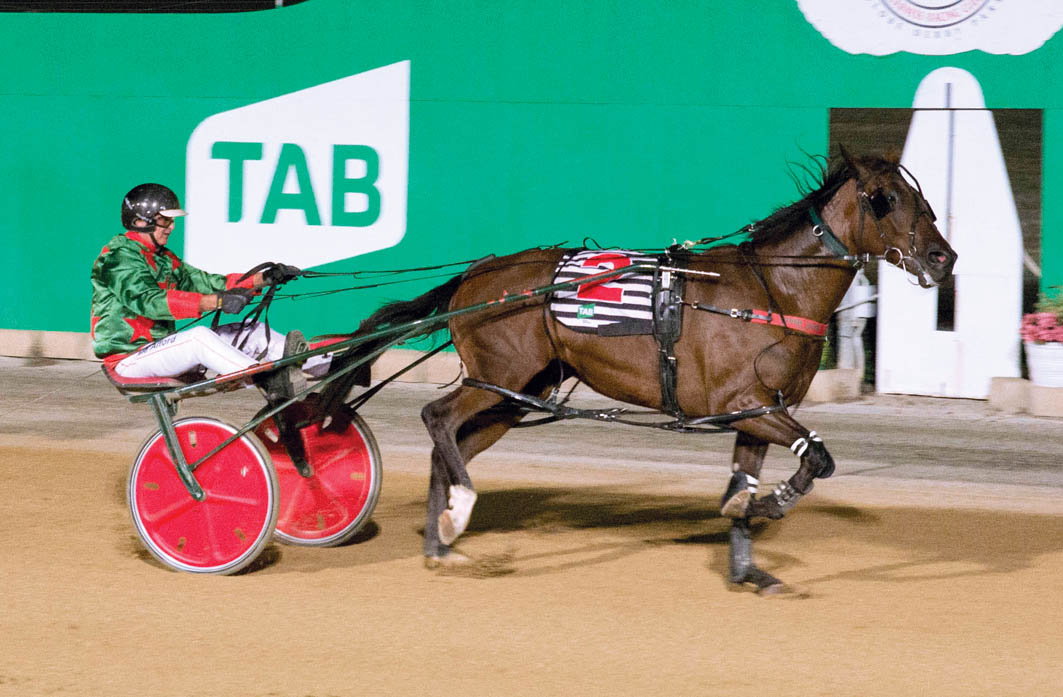 A CHANCE to freshen up before tackling his main target of the season. That’s what is in store for Northern Terror which made an...

A CHANCE to freshen up before tackling his main target of the season.

That’s what is in store for Northern Terror which made an impressive debut at Globe Derby during the weekend.

With trainer Dale Afford holding the reins, Northern Terror “raced greener than an Irish field” but still proved too classy for his opposition.

After travelling in the ‘death seat’ the son of Western Terror completed a seven-and-a-half metre win from Little Nadel, with Bettaminethanyours four metres away third.

“He hasn’t played up as much during training as he did in the race, but he still got the job done,” Afford said. “He was a little wayward, and raced greener than an Irish field, but I am happy with his run.

“He should take plenty of benefit out of it.”

To be given a light week Northern Terror will then be primed for the prestigious The Allwood series, which begins with heats at Globe Derby on March 7.

Should all go according to plan, the freshman will contest the Group One Allwood the following week.

“I will freshen him up now before The Allwood heats,” Afford said. “He will go straight into those in a couple of weeks.

“Hopefully he can make his way into the Final which has been the main aim since the sale.”