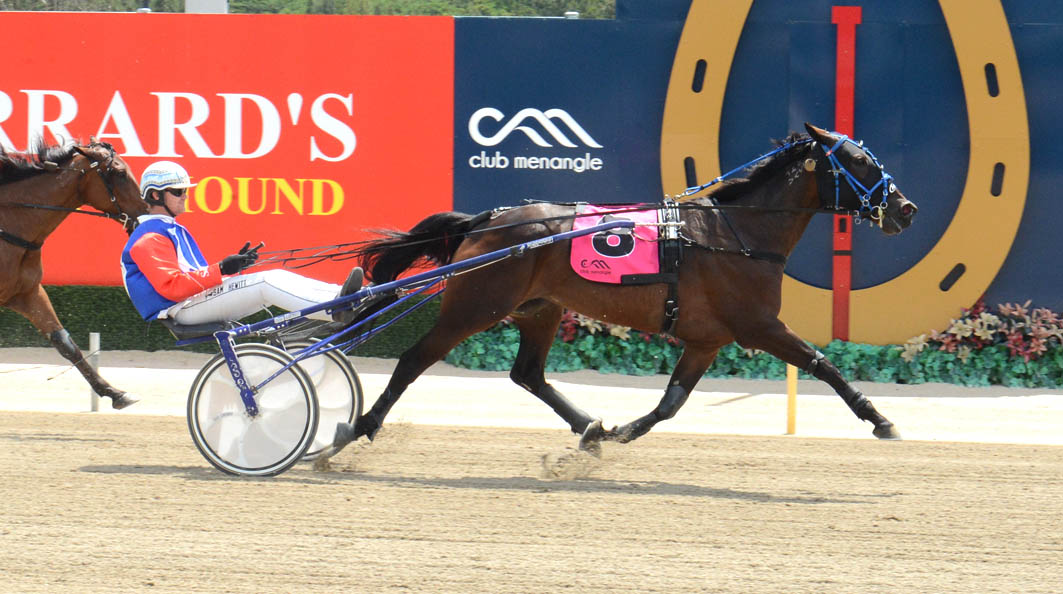 GALLEONS GLORY was too slick at Club Menangle yesterday

CONNECTIONS of Galleons Glory hope her recent drought-breaking win has opened a floodgate. Absence from the number one stall for 22 months, Galleons Glory...

CONNECTIONS of Galleons Glory hope her recent drought-breaking win has opened a floodgate.

Absence from the number one stall for 22 months, Galleons Glory registered an overdue success in Goulburn on December 28.

It is the first time in 48 starts the daughter of Majestic Son has registered back-to-back wins.

“It was a long time between drinks before she won at Goulburn,” Simon said. “She’d run five seconds in that time but just struggled to get the win.

“Now she’s come out and won at Menangle, so hopefully she’s managed to turn it around.”

Driven by Sam Hewitt, Galleons Glory worked to the lead from barrier eight before being eased to take a trail behind the leader, One Night Out.

Angled away from the pegs at the top of the home straight, the mare sprinted to a four-and-a-half metre win from One Night Out.

“She got a nice trip and was able to make the most of it,” Simon said. “Sam didn’t have to move on her and she won with a bit up her sleeve.

“I’ll give her a few easy days now then aim her at the Canberra Cup on February 7.”

Tara chasing another Cup win
Decision regarding Cup campaign yet to be made
Something special will happen
Chrissy set tone for horror night on the punt!
About author