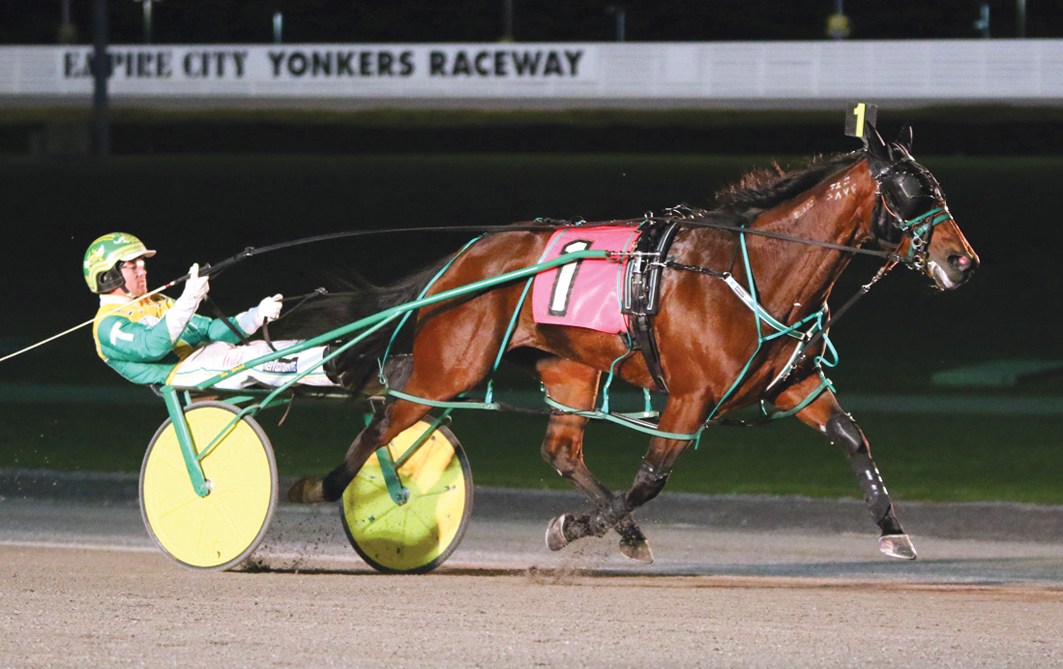 OUTSTANDING mare Shartin has done it again. In her second start for 2020, Shartin was simply too good in the $33,000 Fillies’ and Mares’...

In her second start for 2020, Shartin was simply too good in the $33,000 Fillies’ and Mares’ Open Handicap Pace at Yonkers Raceway this afternoon.

With the field travelling in ‘Indian file’ Shartin was sitting fourth as Snobby Town led followed by Cavairt Ally in an opening quarter of 27.4 seconds.

As the field passed the half in 57.2 seconds Tim Tetrick angled Shartin into the clear before she ranged up to the front runner on the final bend.

Grabbing the lead halfway along the home straight, the seven-year-old scored by a length-and-a-half from Snobbytown, with Caviart Ally a similar distance away third.

Last August the daughter of Tintin In America became the fastest Southern Hemisphere-bred pacer when she stopped the clock in 1:46.4 at The Meadowlands.