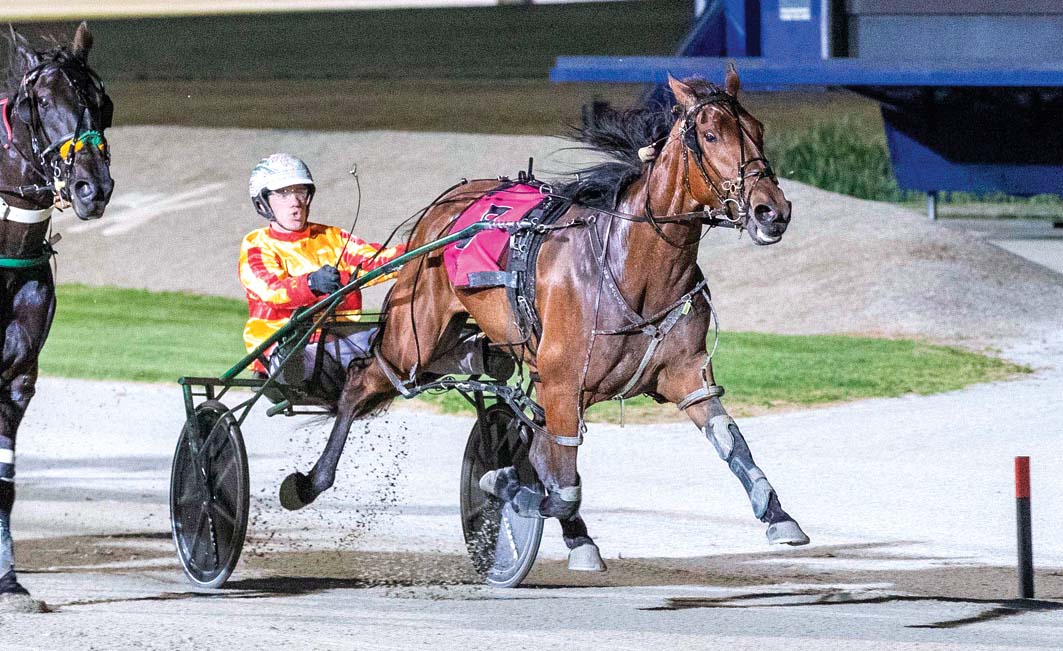 SHE’S not the messiah, but at Tabcorp Park Melton last night The Panthiest was anything but a very naughty girl! Contesting an Australasian Breeders’...

SHE’S not the messiah, but at Tabcorp Park Melton last night The Panthiest was anything but a very naughty girl!

Contesting an Australasian Breeders’ Crown Final, The Panthiest turned the divine into reality by capturing the Group One for trainer David Miles.

Pushed through from the inside of the second row by driver Greg Sugars, The Panthiest enjoyed a heavenly passage behind Sweet Louise, which led from the pole.

Finishing strongly along the sprint lane, The Panthiest completed a metre-and-a-half win from Sweet Louise, with Final Peace seven metres away third.

Given the likelihood of everything going the three-year-old’s way, Miles stated he always had belief in The Panthiest.

“Her record this season speaks for itself,” Miles said. “She’s had 10 starts for six wins and three seconds, so I had complete faith in her.

“The pole horse was always going to lead and get her to the sprint lane…after that it was a matter of her being good enough to take advantage of it, which I knew she would.”

To be given a short break, the daughter of Bettors Delight will then be primed for next month’s Vicbred Super Series, which culminates with a Final in Melton on New Year’s Eve.

“She’ll have a week off now before I get her ready for the Vicbred heats,” Miles said.