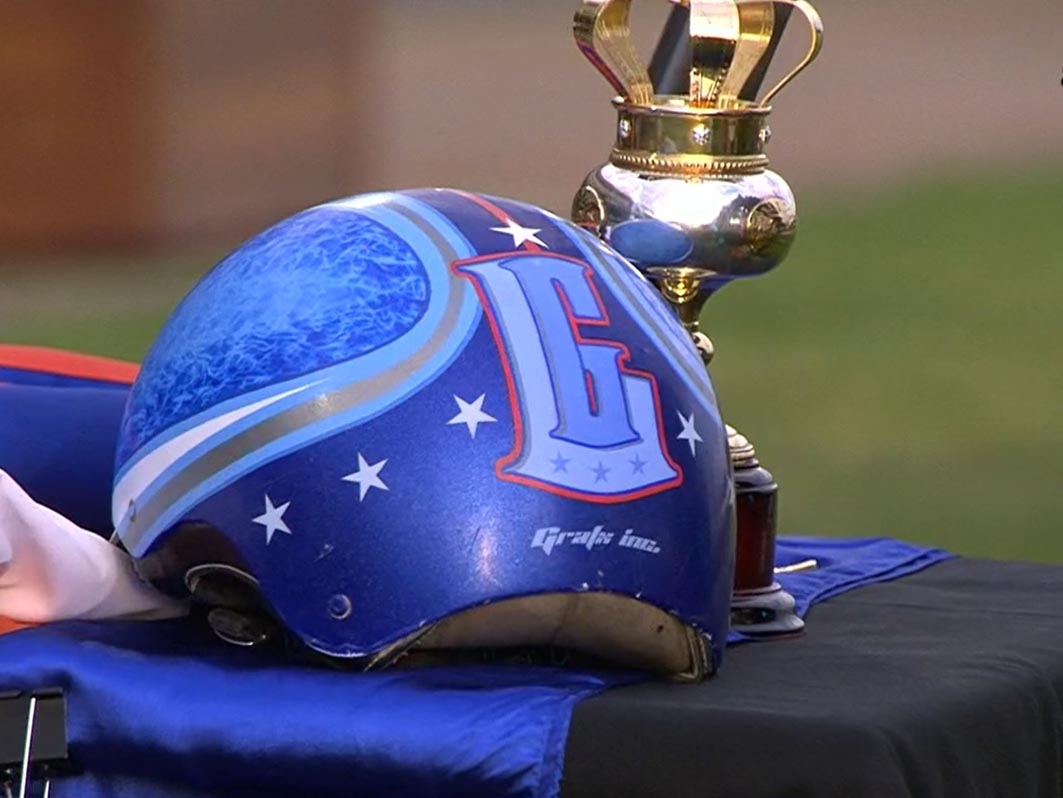 That one’s for you mate…

ON AN emotional night it was a fitting way to end evening. During last night’s Tabcorp Park Melton meeting a heartfelt tribute was organised...

ON AN emotional night it was a fitting way to end evening.

Widely-regarded as the finest driver to grace a sulky in the southern hemisphere, Lang lost his gallant battle with a rare form of Lymphoma in April.

As part of the tribute Lang’s close mate John Caldow, wearing Lang’s colours, did a lap of honour with Pantzup – which provided Lang with his last victory on September 14, 2019.

Almost 12 months to the day later Caldow partnered the mare to score in Melton.

A couple of hours later Caldow saluted his pal by capturing the final event on the card – Breeders’ Crown Championship for four-year-old mares.

Taking the reins behind the Craig Cross-trained No Win No Feed, Caldow surged the daughter of A Rocknroll Dance to the lead from barrier seven.

Never seriously challenged, No Win No Feed completed a soft 1:55.6 victory over 2240 metres as Itzamajor Surprise and Our Princess Tiffany filled the placings.

A race earlier Caldow’s wife, Maree, trained Sangreal to an upset win the Group One Final for two-year-old trotting fillies.

Driven to perfection by Daryl Douglas, Sangreal scored by a neck from Evas Image, with Thats Not My Gait a neck away third.

“It was just an emotional night and a wonderful way to finish it off,” Maree said. “Memories and stories of Gav made it very touching and for John to end the night with a win really pulled on the heart strings.

“To have Sangreal also win made the whole night very special.”

Wonson unmasked . . . and how he’s holding i...
Handy mare back to her best
Western outguns rivals in feature
Passing of legendary horseman
About author