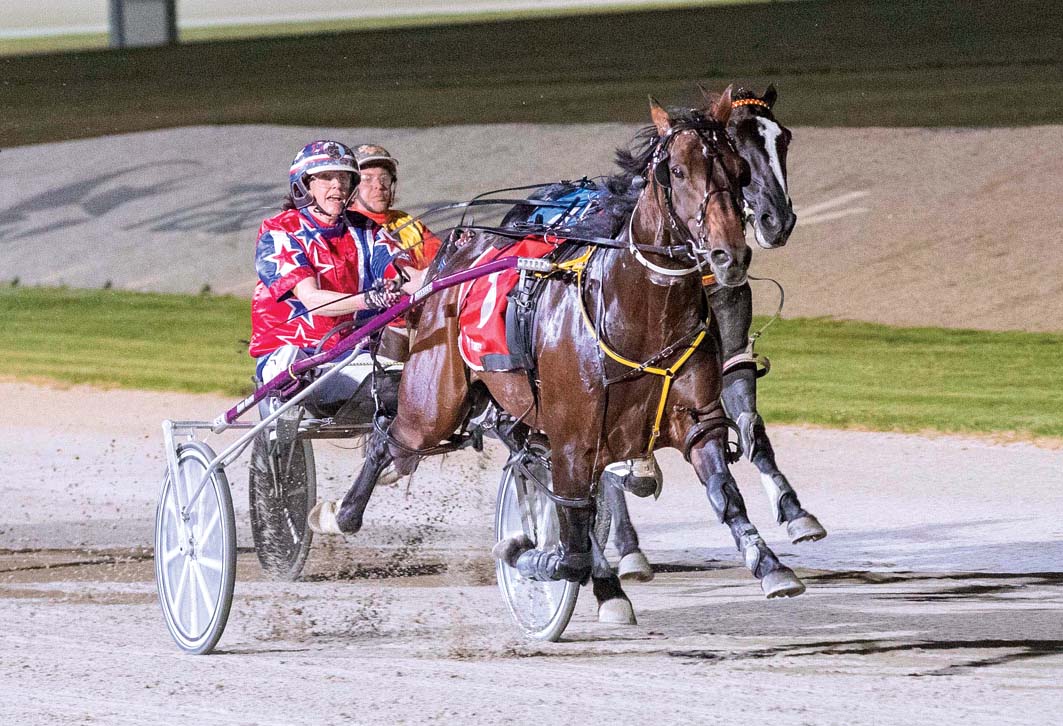 A SHORT break before another Group One campaign – that’s what is on the cards for rising star Zeuss Bromac. A model of consistency,...

A SHORT break before another Group One campaign – that’s what is on the cards for rising star Zeuss Bromac.

The son of Bettors Delight finished fourth in last season’s Final before a handy third in the New South Wales Derby earlier this term.

In between the Paul Fitzpartick-trained colt has registered four wins and four placings from nine starts.

Following his freshen-up Zeuss Bromac will be readied for the famed Chariots Of Fire at Club Menangle.

“He’s a very nice type which has gotten better as the season has gone on,” Fitzpatrick said. “He has deliberately been kept fresh since the Derby with the Breeders’ Crown in mind and it has worked out well.

“He had three months away from the races after the Derby then had a couple of starts before another four months from the racetrack before the Crown.

“I’ll give him a week off now after he gets home and then get him ready for the Chariots Of Fire in the New Year.”

Driven by Kerryn Manning during his latest triumph, Zeuss Bromac led throughout from the pole to complete a five-metre win from Jilliby Nitro, with Jemsoms Pet two-and-a-half metres away third.

“Kerryn drove him brilliantly to win his semi and the Final,” Fitzpatrick said.

Are these your lucky APG lottery numbers?
Harness Racing South Australia board member resign...
Massive first-up task for rising star
One for all and all for one!
About author