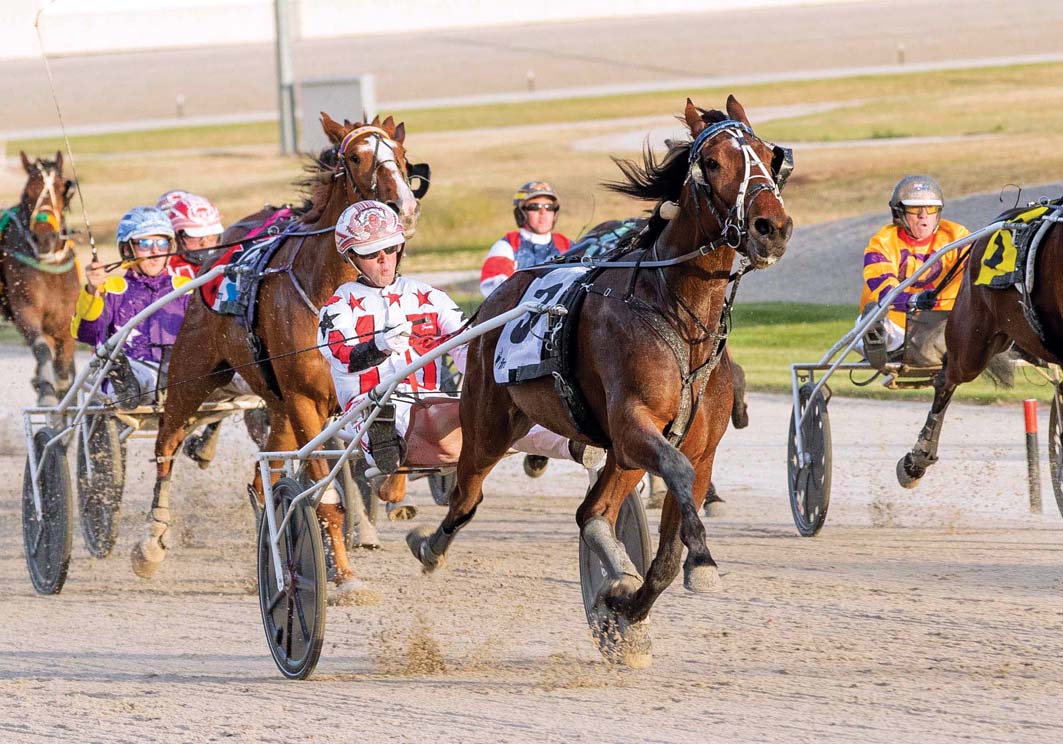 CLASSY trotter Watts Up Majestic has had his interstate campaign extended thanks to his success at Tabcorp Park Melton tonight. Sent from New South...

CLASSY trotter Watts Up Majestic has had his interstate campaign extended thanks to his success at Tabcorp Park Melton tonight.

Sent from New South Wales to Victoria in preparation for the Breeders’ Crown, Watts Up Majestic achieved his goal by capturing the Group One Final.

Thrilled with the trotter’s performance, connections have decided to keep Watts Up Majestic south of the border for one more start.

“Rickie (Alchin) sent him down for the Crown, but he will stay on now for the feature that is in honour of Graeme and Gavin Lang,” caretaker trainer Chris Svanosio said.

“After that he will go home to New South Wales for a good spell.”

With Svanosio in the cart, Watts Up Majestic was angled onto the pegs from barrier three to gain the run of the race behind Have No Fear, which led from the pole.

The dream run had the potential to turn into a night mare along the back straight, however, when the front runner broke stride.

“He was always travelling well and I felt he would be right in it along the sprint lane,” Svanosio said. “Then when the leader broke we were lucky to miss the trouble and it changed the complexion of the race.”

Taken to the outside around the final bend, the son of Majestic Son sprinted to an impressive 10-metre win from Dont Care, with Bullion Harry a metre away third.

Rating 2:00.3 over 2240 metres, the two-year-old took his record to two wins and three placings from six starts for a bankroll of $57,305 for breeder-owner Brad Watts.

“I’m thrilled to see him get the job done,” Svanosio said. “After a couple of starts I was worried I wasn’t working him right.

“He galloped at his second start and I called Rickie and said ‘You sent me a good horse and I think I have wrecked him’, but he just told me to give him time to settle in and that’s just what he needed.

“He’s been getting better with each run and I felt he terrific tonight.”

Titans to clash during Inter second round
Interstate villain or hometown hero?
One is flying, one is drawn well, one is a good ch...
Filly latest Aussie invited to New Zealand Jewels
About author