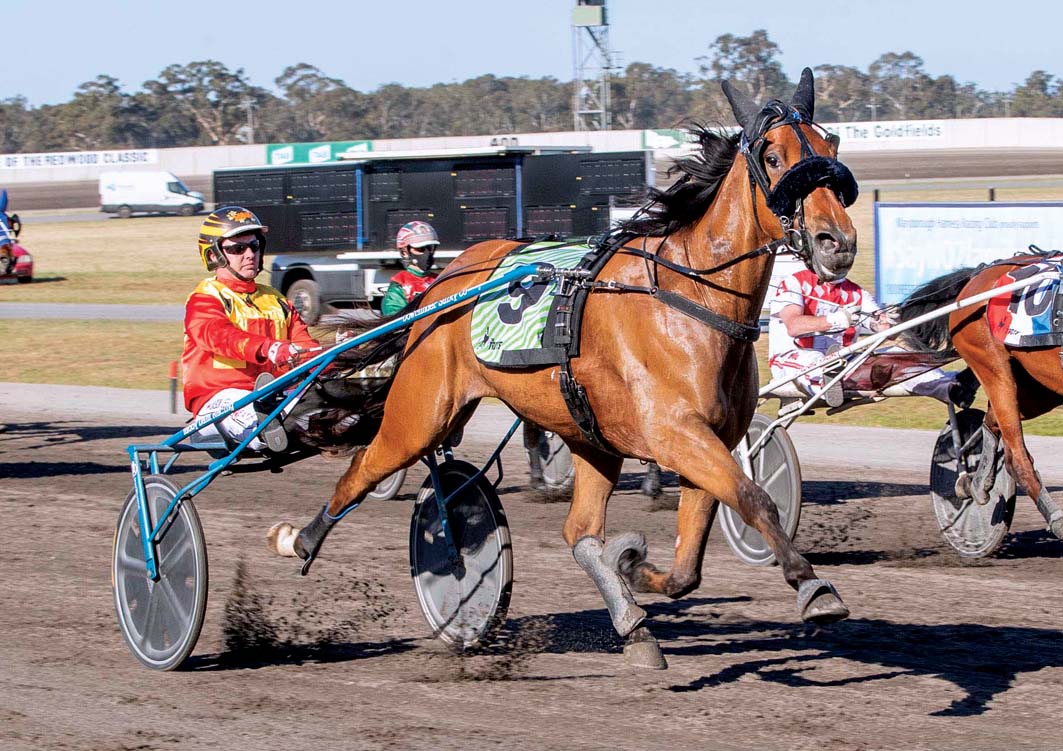 AS THE clock strikes midnight to announced the arrival of 2021 fireworks will light up the sky above Tabcorp Park Melton much to the...

AS THE clock strikes midnight to announced the arrival of 2021 fireworks will light up the sky above Tabcorp Park Melton much to the delight of onlookers.

A few hours before the gunpowder-charged display dazzles in various colours harness racing enthusiasts are expected to revel in the fireworks on the track as a pair of Group One winning fillies renew they rivalry.

Astonishing fans with her recent performances, Pink Galahs will return from a short break to tackle the Vicbred Super Series – the Final of which is scheduled for December 31.

Pink Galahs was sent for a freshen-up following her Victoria Trotters’ Derby triumph in Maryborough three weeks ago.

On the same card Im Ready Jet indicated she is returning to her best with a victory in the Gold Bracelet for co-trainers Anton Golino and Jack MacKinnon.

As of tonight’s meeting in Melton, Im Ready Jet has left no doubt she is back to her peak.

Driven by Jason Lee, Im Ready Jet outclassed a strong field to regain her Australasian Breeders’ Crown title by rating 1:57.2 over 2240 metres as Ofortuna and Queen Of Crime filled the placings.

The daughter of Quaker Jet won the two-year-old division before missing last season’s series due to injury.

As for her next target, Im Ready Jet is heading towards the Vicbred Super Series.

“It is great to see her right back at her best,” Golino said. “We’ve had a few issues with her tying up this time in but she has come good at the right time.

“That was a terrific run tonight and puts her in good stead for the Vicbred in a few weeks.”

Hoping for a second miracle
Personal milestones for talented horseman
Visitors’ draws in two Group Ones!
History waiting to happen in sprint
About author