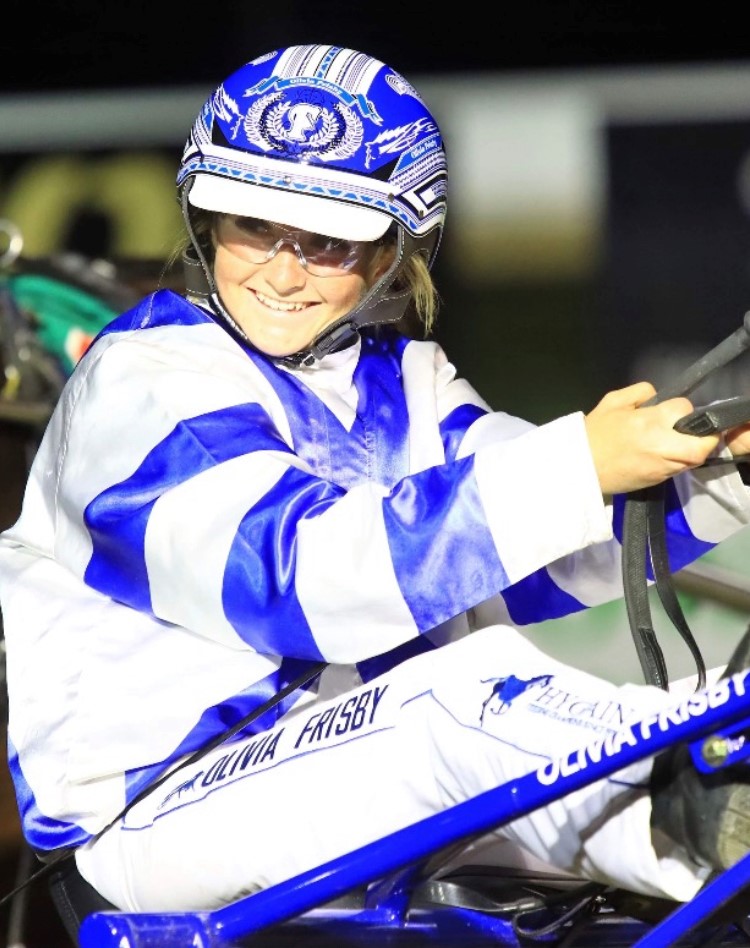 ONE TO WATCH AT PARKES:: Olivia Frisby.

Frisby could have rivals in a spin

Oivia Frisby1 Tinka Terror1
A FRISBY could be the one to ‘catch’ when the TAB Carnival of Cups roadshow rolls around to the Parkes Paceway tonight with a...

A FRISBY could be the one to ‘catch’ when the TAB Carnival of Cups roadshow rolls around to the Parkes Paceway tonight with a strong eight-race program.

The region has ended 2021 with a bang with Dubbo’s mammoth Red Ochre meeting being held on December 17 and Bathurst’s Boxing Night meeting on Sunday night providing first-class pacing action.

Like’s its neighbours, Parkes is providing plenty of prizemoney, which has attracted some classy pacers to the New Year’s Eve fixture.

One trainer who has had his sights set on the Parkes meeting is Bathurst’s Nigel Frisby, who has talented mare Tinka Terror engaged in the feature event, the Langlands Hanlon Parkes Gold Cup.

Frisby’s daughter Olivia will drive Tinka Terror, who has drawn well in gate three for the $17,000 race.

Purchased from Victoria by Frisby for a group of his mates, midway through 2021, the five-year-old daughter of boom sire Western Terror hit the ground running winning three of her 10 starts for her new connections.

And Frisby believes it is just the beginning for the five-year-old, who is also a last-start Bathurst winner.

Nigel is the youngest son of Fay and Brian Frisby, whose family all followed them into the sport with Chris being a Group 1 trainer in his own right and Jenny being the wife of Steve Turnbull.

“I am excited to be driving in the feature race at Parkes tonight,” said Olivia.

“I have been really fortunate to have been involved with a lot of nice horses since taking out my driver’s license.

“But ‘Tinka’ is definitely one of the best I have driven.

“Dad has done a fantastic job with her so far, her win last start was really strong and she was able to rattle off a quick last half, so I am hoping that if we can find the top tonight around Parkes, our mare can do it again.

“She has great gate speed, loves to run along and is tough so I don’t think we will change the way we drive her.

“The owners are a great bunch of people, it is just awesome to have a nice horse in the stable for them.”

Olivia’s cousin Amanda Turnbull has both Sweet Heaven and Fasika in the Cup tonight.

They ran the quinella (first and second) in the Red Ochre and will be hard to toss again.