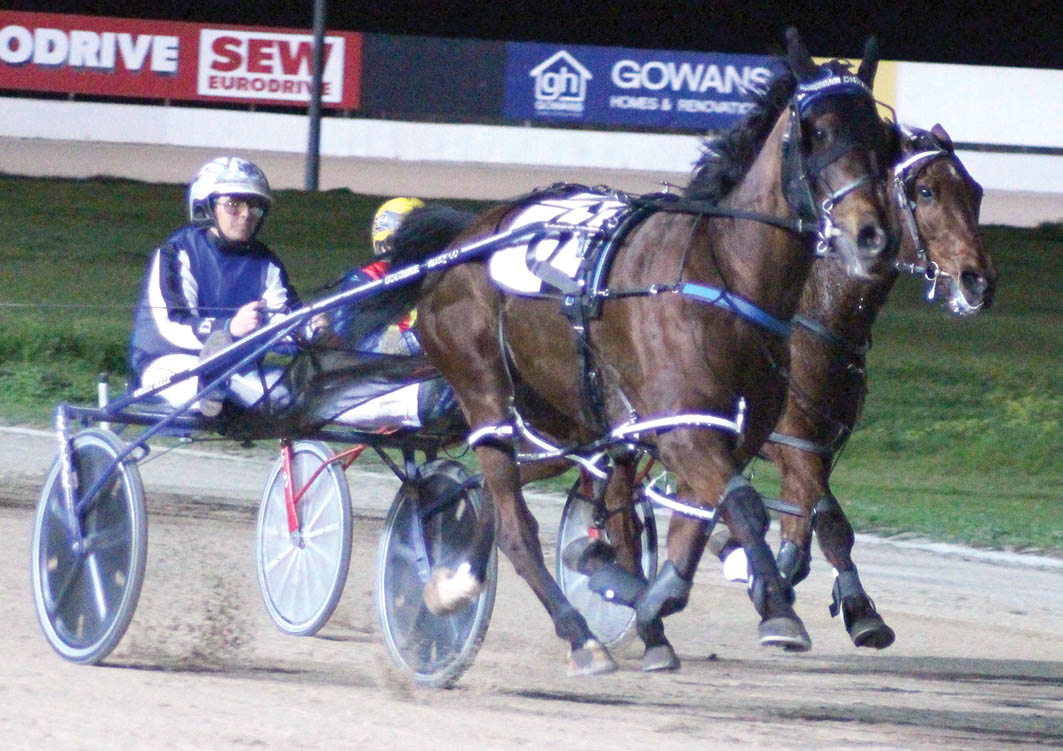 ROCKTELLZ will attempt another comeback at Globe Derby on Monday

MULTIPLE premiership winner David Harding will have an interesting runner at Globe Derby on Monday. Engaged in the final event on the card, Rocktellz...

MULTIPLE premiership winner David Harding will have an interesting runner at Globe Derby on Monday.

Engaged in the final event on the card, Rocktellz is poised to have his first start since September 2019.

Before that the injury-prone pacer hadn’t raced for 14 months.

A rising star before injury first struck in September 2017, Rocktellz won eight of his 10 starts, including his last five outings.

“He has only had two starts in more than three years!

“Bad joints are his biggest problem and that’s what has kept him away from the track.”

Trialling well last weekend, Rocktellz has drawn to settle in a prominent position from barrier three.

Early markets have the son of Rocknroll Hanover at the head of affairs as the $1.40 favourite.

Rocktellz was bred and is owned by Harding’s partner, Dani Hill, who will drive the eight-year-old.

“During his time off a friend of Dani’s had him as a show horse, where he won a state championship,” Harding said.

“After he came back and had six months off we looked at his legs and thought they were better than they pretty much have ever been so we’d give him another go.

“He came through the trial well, but we’ll have to see how he holds up to racing.

“He’s trialled during his previous comebacks and then couldn’t handle the pressure of racing, so we can only wait and see.”