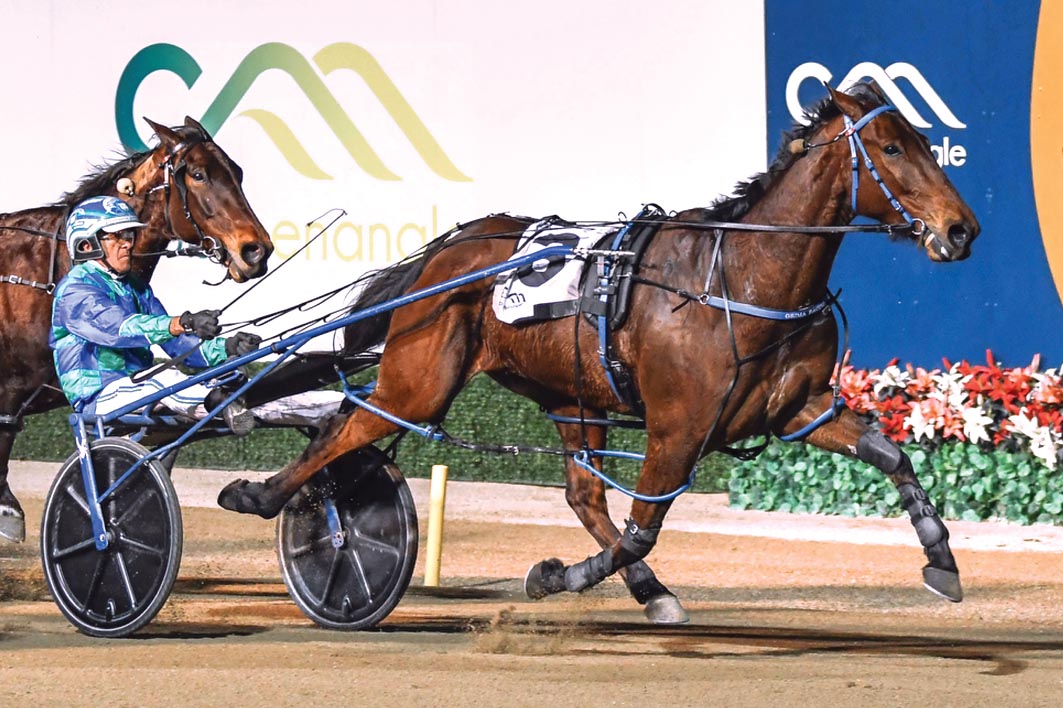 “He’s surprised us that’s for sure”

A CHANGE of environment is working wonders with Golden Year. Winless from his last 25 starts before being sold in July, Golden Year has...

A CHANGE of environment is working wonders with Golden Year.

Winless from his last 25 starts before being sold in July, Golden Year has been a revelation since the sale.

Purchased by David Grima, Golden Year was transferred to trainer Joe Conolly who prepared the son of Art Major to finish fourth first-up for the stable.

Since then Golden Year has been in scintillating form, winning his last five outings – including a slick win at Club Menangle tonight.

“He’s flying,” Conolly said. “He’s surprised us that’s for sure.

“He is exceeding what we thought of him and now we will have to rethink our plans.”

Driven by John McCarthy, Golden Year was settled in the perfect one-one trail from barrier three as Georgie Martin dashed to the lead from gate six.

Angled three-wide around the home turn Golden Year sprinted to a two-and-a-half metre win from Air Time, with Bohannan a metre-and-a-half away third.

“John gave him the ideal trip tonight and he finished it off nicely,” Conolly said. “He raced here and won in almost identical time on Monday, so he has earned a few days off now.

“After an easy day or two he’ll tell us when he’s ready to go again.

“It will get a lot harder now and with the handicapping here I’m not sure what will be next with him.

“We will have to bite the bullet and throw him in the deep end at some stage.”