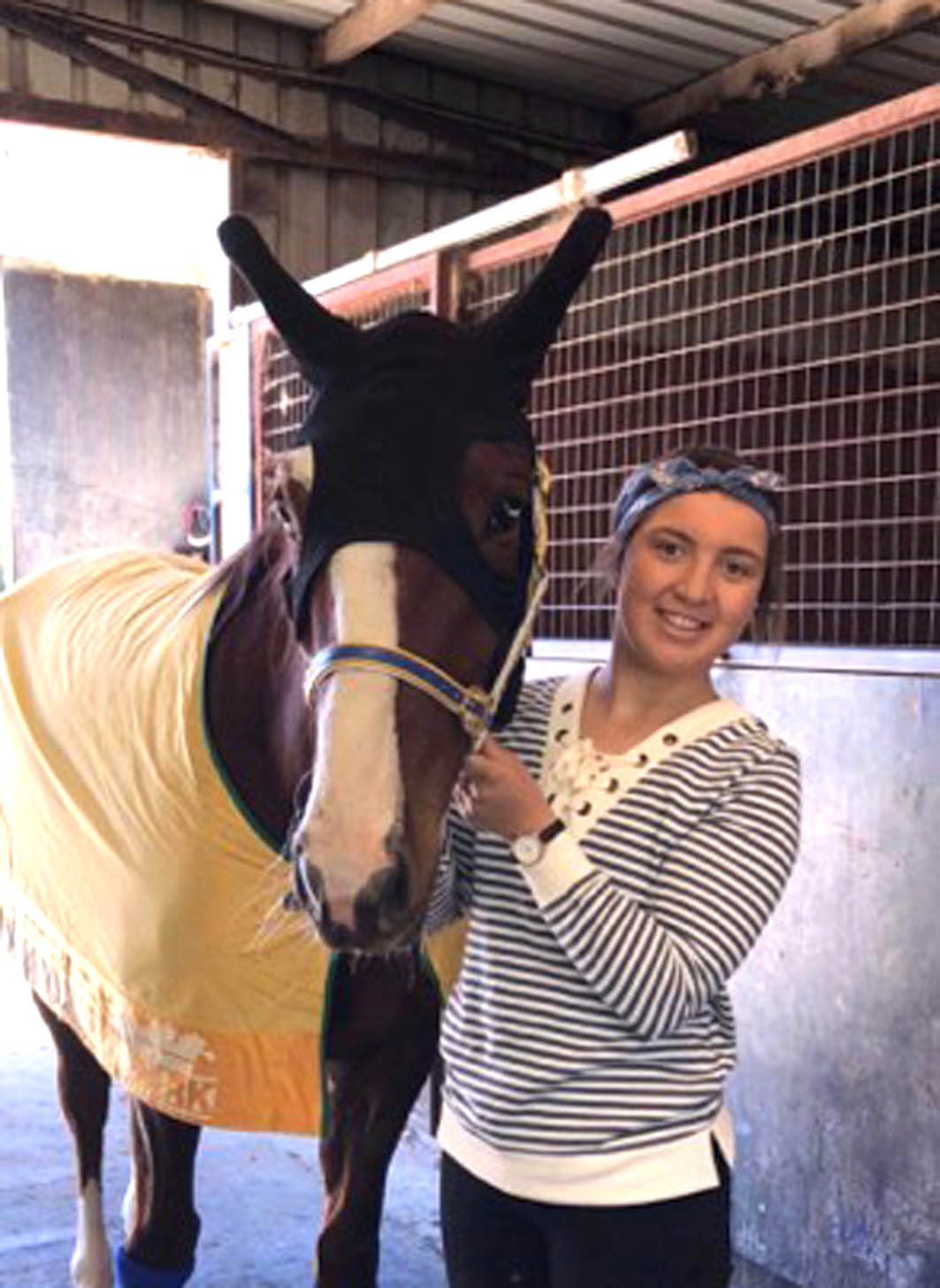 In fact, Weidenbach’s moment of joy was a surprise to most people – especially punters!

Driving in the final event at Tabcorp Park Melton, Weidenbach was triumphant with Our Sportscaster in what was a perfect gift ahead of her 19th birthday tomorrow.

“I know he was the outsider but I felt thought he would be thereabouts if they went hard early,” Weidenbach said.

“For him to win though is a great way kick off my birthday celebrations not that I can do much due to the lockdown!”

Settled towards the tail of the field from his second row draw, Our Sportscaster finished strongly to score by a head from Bulletproof Boy, with Kasbah Kid a neck away third.

“Around the home turn I knew he would finish in the top two,” Weidenbach said. “He was travelling so well and finished it off as I expected.

“I can’t thank Maree (Caldow, trainer) and John enough for giving me the drive.”

Our Sportscaster’s success was the second leg of a double for Maree, who combined with her husband to win with Pantzup in the previous race.

After working to the lead during the middle stages Pantzup rated 1:59.9 over 2240 metres to account for Pharisee and Majestic Dream.