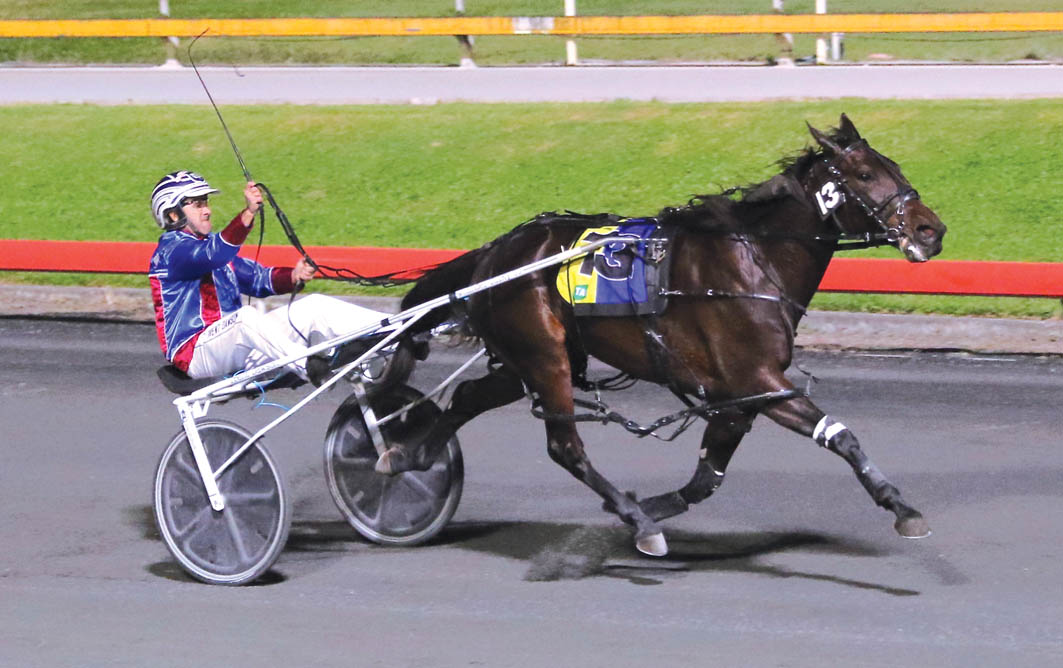 AN INTERSTATE trip is tentatively on the cards for highly-rated youngster Talent To Spare.

Speaking after Talent To Spare’s Qbred Triad Final win at Albion Park during the weekend, trainer Trent Dawson revealed a southern campaign is being considered for the filly.

Whether Talent To Spare heads across the border, however, depends on her performances during the next two months – particularly in the Queensland Oaks.

To be run as part of the Sunshine State’s Constellations, the Blue Riband is scheduled to be conducted on July 24.

Should all go to plan Talent To Spare will be aimed at the Victoria Oaks in October.

“She will have an easy couple of weeks now before we look at some of the main races coming up,” Dawson said.

“She’s a pretty good keeper so doesn’t take long to get into shape, therefore I will give her as much time off as possible.

“There’s a couple of lead up races for her before the Oaks which is her main aim.

“If she races up to expectations in that we’ll look at the Victoria Oaks a couple of months later.”

Driven by Dawson during her latest triumph, Talent To Spare was pushed through from her second row draw to work to the lead as the early frontrunner, Kissesforyamisses, was eased to take a trail.

Striding clear along the home straight, the daughter of Hurrikane Kingcole completed a five-and-a-half metre victory from defending champion, Jasper, with Aunty Bella a head away third.

“The draw didn’t look that good on paper, but it did give me some options such as going forward,” Dawson said. “After she found the front she relaxed brilliantly.

“That’s the most relaxed she has ever been as she is usually a bit revved up, so if she keeps turning up like that she will get better and better.

“She’s starting to turn into a real racehorse.”

Rating 1:56.1 over 2318 metres, Talent To Spare provided Dawson with his initial Group One success.

“It was a big thrill to get a Group One win on the board,” Dawson said. “It’d be nice if it is the first of many.”