Chalondra, a half-sister to the dual Inter Dominion winner Beautide

Lazarus13 Yirribee2
FORMER Kiwi superstar Lazarus, which is standing his second season at Yirribee Pacing Stud in Wagga (NSW), has a number of top Australian broodmares...

FORMER Kiwi superstar Lazarus, which is standing his second season at Yirribee Pacing Stud in Wagga (NSW), has a number of top Australian broodmares and racemares booked to him this spring.

The Little Brown Jug winner Million Dollar Cam and world champion Warrawee Needy, who are both standing at Yirribee Stud, have received a terrific boost from the results of North American racing recently.

Million Dollar Cam has sired a swag of winners in the US and Canada, while Warrawee Needy, a leading percentage sire with his first Australian crop, ranks as a brother to the USA two-year-old and three-year-old Filly of the Year and the fastest two-year-old filly of all-time in Warrawee Ubeaut 1:48.6 ($1.7 million) and to the Stakes-winning three-year-old colt Warrawee Vital (1:48.4). 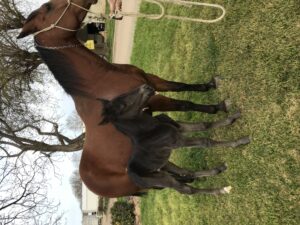 The name said it all . . .
ALL RISE FOR LAZARUS
A major scoop for Alabar
CLUB MENANGLE – THE LAZARUS PACKAGE
About author